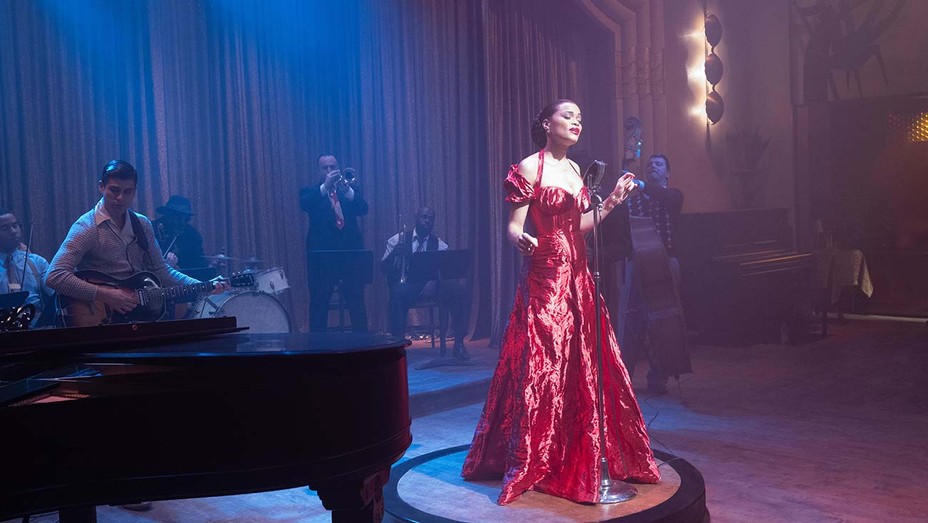 We follow legendary singer Billie Holiday (Andra Day) in the last decade of her life as racist FBI director Harry Anslinger (Garret Hedlund) attempts to arrest Billie at any cost while using agent Jimmy Fletcher (Trevante Rhodes) to get into her inner circle.

I had already planned on watching this movie this week but after Andra Day's surprise Globe win on Sunday, I decided to watch it immediately the following morning and I can see why she won. Andra gave a bold and brilliant performance. Her singing is lovely and it's no small feat to capture someone like Holiday at her highest and lowest points. Unfortunately the rest of the movie is messy and doesn't live up to her performance.

Lee Daniels is capable of being a great director, Precious shows that but here there were so many tonal shifts I had no idea what exactly he was going for. The film is at its best when Day is on stage singing. But when she's not doing that, and we focus on other aspects of her life, mainly her drug use, it's all over the place. A funeral scene seems to go for comedy when nothing else about the film is funny. A flashback/heroin dream sequence bleeds into the next in the most confusing way possible and then leads up to Billie finally singing Strange Fruit, the song she keeps getting arrested for singing. That entire sequence said so much about the film itself. It's so capable of greatness but just doesn't know how to get there.

Even though the films have nothing to do with each other, after watching another amazing performance in a movie I didn't love, I think I may have been too harsh on Promising Young Woman. Because when I think about both of these movies and which one I'd sit through again, it isn't this one.

Recommended: Yes for Andra Day only