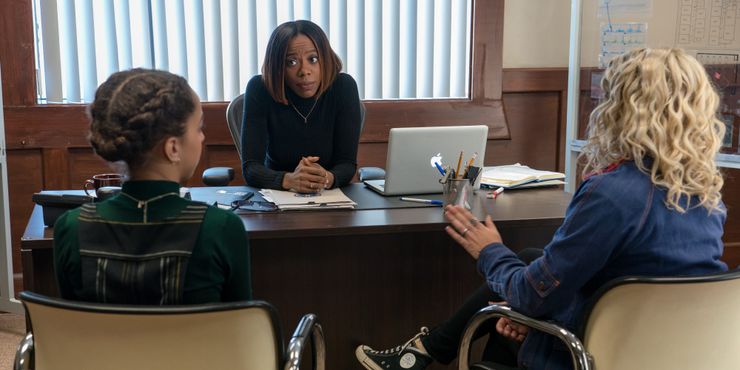 Mara (Katherine Langford) is having another boring day in homeroom when one of her classmates violently explodes right in front of her. Afterwards, a classmate Dylan (Charlie Plummer) confesses his crush on Mara when he realizes they might not have a lot of time left. These two fall in love while their classmates continue to mysteriously explode all around them.

The premise of this film immediately caught my attention because it sounds so ridiculous. So when I signed up for a free trial of Epix to watch Saint Maud, and saw this was on there too. I knew I had to check it out.

The film is very funny and Langford is a natural in this role. Mara is an overly sarcastic cool girl, which I find can be a trope that often feels phony. Like it's how someone who felt awkward in high school wishes they could go back and do it again with this perspective, but it works very well in this set up. No one knows why this is only happening to her classmates, and someone being incredulous and smart assy during it makes sense.

The film really loses its way during the 3rd act. Not enough to completely ruin it, but it doesn't match the quality of the hour or so that came before it. One of the things that gets pushed to the side is Mara's relationship with her best friend, Tess. (Hayley Law) I really wanted more of them together and Mara just kind of dumps her for Dylan. I felt like they dropped the ball with that friendship because Langford and Law were great together.

I'm glad I was able to watch this for free. It would've been worth renting but I'm not going to complain about finding it through a free trial. It's worth seeking out.

Memorable Quote: "You're right. You have it way worse." - Angela (Piper Perabo)