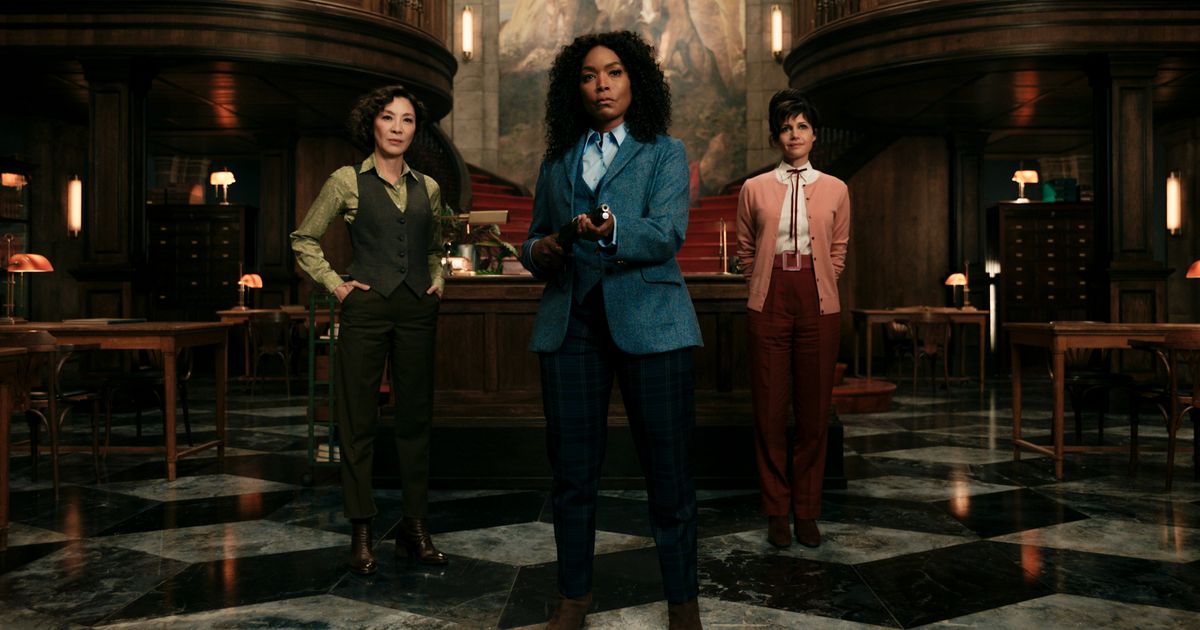 Sam (Karen Gillan) is a second generation assassin who makes a rogue choice in saving young Emily (Chloe Coleman) and finds herself running from the very people who hired her.

I'm almost embarassed to admit at this point that I didn't get into the John Wick films. The first didn't hold my attention so I never bothered with the others, and this film has essentially been marketed as the "Female John Wick." But I ended up having a lot of fun with this.

There are plenty of badass women assassin movies out there but I love that this one chose to feature all their leads above the age of 30. Since I'm in my 30's now as well, that's very appealing to me and I loved the action. It was fun, over the top, and gory and I loved the settings they chose to showcase it. (A bowling alley, a library, etc.)

While there isn't a ton of "showy" moments for acting, Gillan was great and I loved Lena Heady, Carla Gugino, Angela Bassett and Michelle Yeoh as well. I wanted to know more about their characters and I'd watch more movies based on the librarians.

If there's one place this film struggles, it's the vagueness of everything. Characters that you wish had backstories had none, the entire world these characters inhabit could use a bit more context as well, but we don't get any to keep the film moving. I just found so many things about this film interesting I wanted to know more. There's also a few annoying tropes thrown in for ~drama~ that are quickly forgotten and it made me question why they even included them in the first place.

If you like action films, Gunpowder Milkshake is streaming on US Netflix and is definitely worth your time.

Memorable Quote: "There's not a single person on Earth I'd rather kill people with." - Scarlet (Lena Heady)