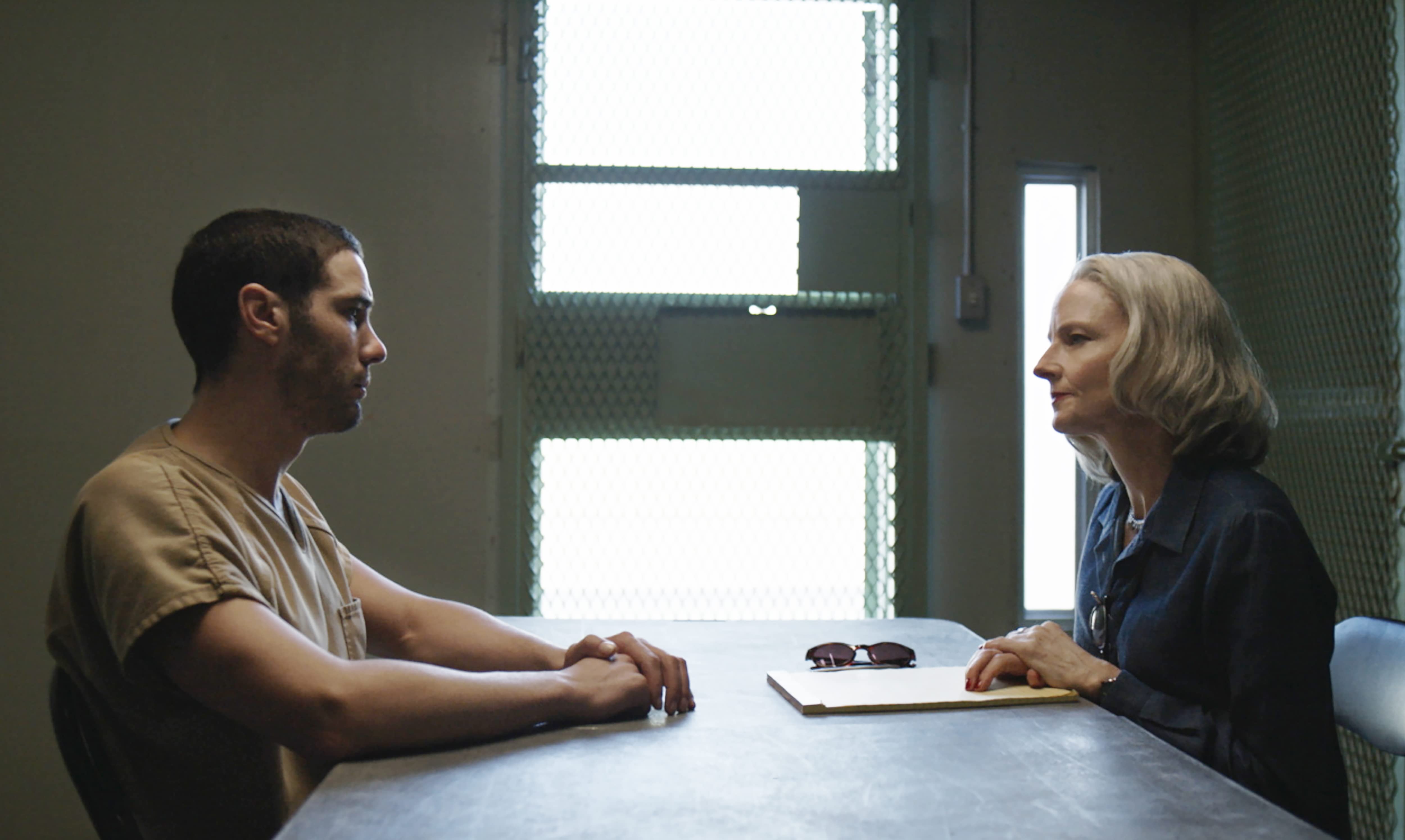 Mohamedou Ould Slahi (Tahar Rahin) is arrested and held in Guantanamo Bay prison for years without being charged. A couple Albuquerque lawyers, Nancy Hollander (Jodie Foster) and Teri Duncan (Shailene Woodley) attempt to fight for his freedom, while prosecutor Stuart Couch (Benedict Cumberbatch) will do everything he can to prevent that.

This film wasn't on my radar at all until the Gloden Globe nominations came out last year. And even though this was giving me Zero Dark Thirty and The Hurt Locker vibes, I went against that thinking this would be more of a courtroom drama. *Narrator* It wasn't.

There was a lot of potential in this story, but it's all thrown out for some torture flashbacks. I left this film feeling like I didn't even learn much about Slahi himself. They breeze by everything like they want to get to the hard stuff. Director Kevin Macdonald's features just keep going down hill from the excellent Last King of Scotland. I get he has interest in the morally corrupt but when you've proven you can do something more with that, then it's even more glaring when you fail like this.

Tahar Rahin is very good. Excellent, even. I wasn't familiar with him before this but I'll surely keep an eye out for him after. He's truly the star. I'm a bit confused on why Jodie Foster had so much Oscar attention there for a while. She didn't do much. Woodley's character leaves for a while in a very ridiculous manner that felt like it was supposed to be a bigger deal, but got cut for time. And then there's good ol' Benny Batch. He has the most atrocious accent I've heard in a long time on film. I'm not even sure he knew which part of the American South he was going for. It made me laugh out loud the first time he spoke.

I'm not even against Oscar baity films per se, I fall for a lot of them, but these ones really need to do better.

Memorable Quote: "6 tablespoons of sugar, she was very specific." - Teri (Shailene Woodley) (Trust me, it says a lot that THIS was the first quote to come to mind when I thought back to this film.)