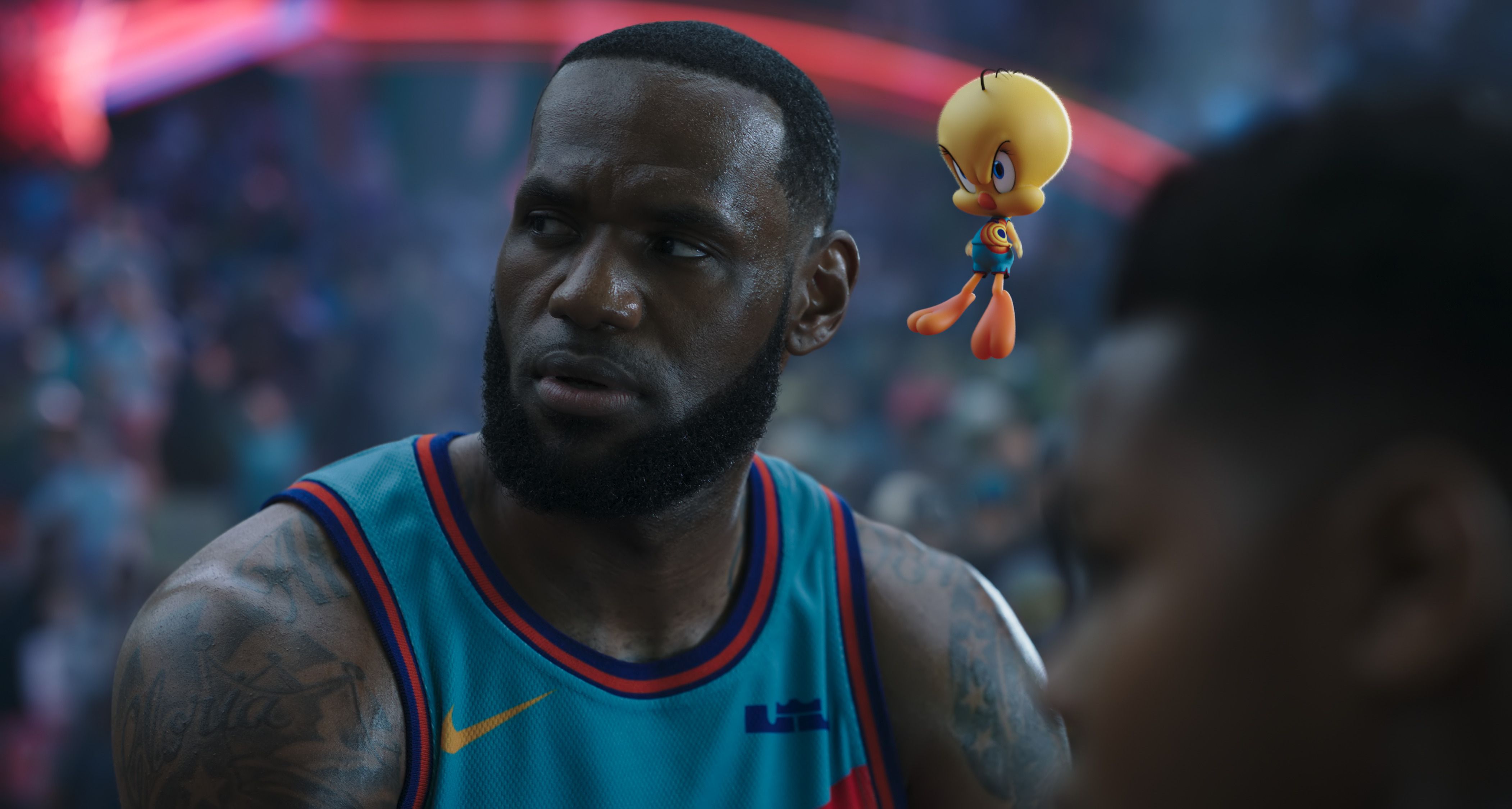 When Lebron James takes his son, Dom (Cedric Joe) to a sales pitch meeting, they're both sucked into a computer by a rogue algorithm (Don Cheadle) and are forced to play basketball against each other to escape.

It's sort of impossible for me to objectively review this. The original Space Jam came out when I was 9, so of course I loved it. I've seen it several times since and while I can admit it's kind of stupid, the nostalgia factor never goes away. So on principle, I was never going to like this. But now that I have a 9 year old of my own who really wanted to see this, I was open to it. I'm not above laughing at dumb things.

And dumb this movie is. At least the first Space Jam was mostly about basketball, this is more about being a glorified WB sizzle reel. The big conflict between Lebron and Dom is that Dom would rather spend his days creating video games than play basketball like his dad, and it's his video came they play. Full of powerups and random characters. There's nothing uniform like the Monstars were in the first film. It's just whatever a 13 year old boy throws at the screen.

Aside from the fact that Lebron is clearly not as comfortable in front of the screen as Michael Jordan was, the crowd is the thing that pushed me over the edge. During the game, the crowd is filled with people cosplaying as every single character in WB's library. I would've accepted this distraction from the movie if they weren't so comically bad. Someone dressed as a low rate Night King was directly behind Cheadle for the entire game and it became annoying before it even got to be fun. The Lego Batman movie handled throwing in all of WB's other properties much better. You may have noticed I haven't mentioned the Looney Toons in this review at all. It's because they feel like an after thought.

The only redeeming part of this movie was a well played cameo towards the end that I laughed my ass off over. The rest is a dud. I'm glad this was on HBO Max and that I didn't have to pay theater money for this.