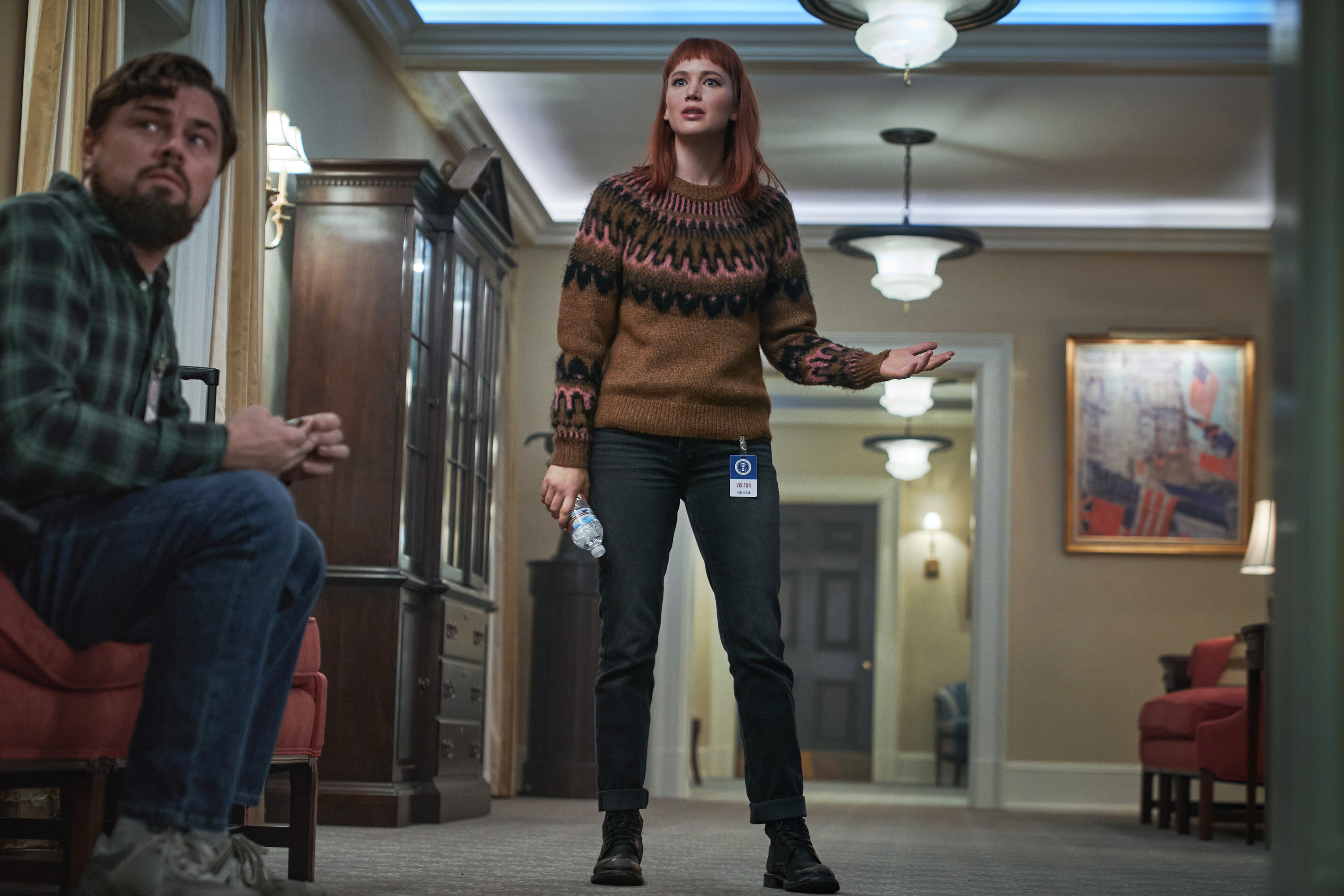 When a PHD astronomy candidate, Kate (Jennifer Lawrence) discovers a comet heading towards earth. She and her Professor, Dr. Mindy (Leonardo Dicaprio) attempt to warm the U.S government about their catastrophic findings, only for nearly everyone not to take them seriously.

Adam McKay's been having a great success with his politically minded movies. Both The Big Short and Vice worked really well (for me, at least) but his latest film is a straight up satire and someone it's a bit too on the nose to really work as a whole.

I've been thinking a lot about satires lately and how hard it is to get them to work. For every Tropic Thunder, Jojo Rabbit, and Drop Dead Gorgeous, you get hundreds of others that just miss the mark. This film, while still mostly enjoyable watch, doesn't really hit as a satire. It's more of a doomsday comedy where everything we're supposed to be laughing at feels a little too close to home.

I think our main stars, Lawrence, Dicaprio, and Rob Morgan work really well. As do supporting actors Cate Blanchett and Melanie Lynskey, but everything else was too over the top for me. Jonah Hill's character was annoying, Mark Rylance and Timothee Chalamet made...choice, but Meryl Streep seems like she's just trying to do what Julie Louis-Dreyfus did in Veep. The film would've honestly been funnier if it was a huge cross over project with the Veep cast involved.

That said, I didn't hate it. For an afternoon Netflix watch, it's fine. I laughed a fair amount, I was never bored watching what was happening on screen. Had I paid theater money for this, I think I'd feel differently.

Memorable Quote: "Hey made us pay, but the snacks were free." - Kate (Jennifer Lawrence)