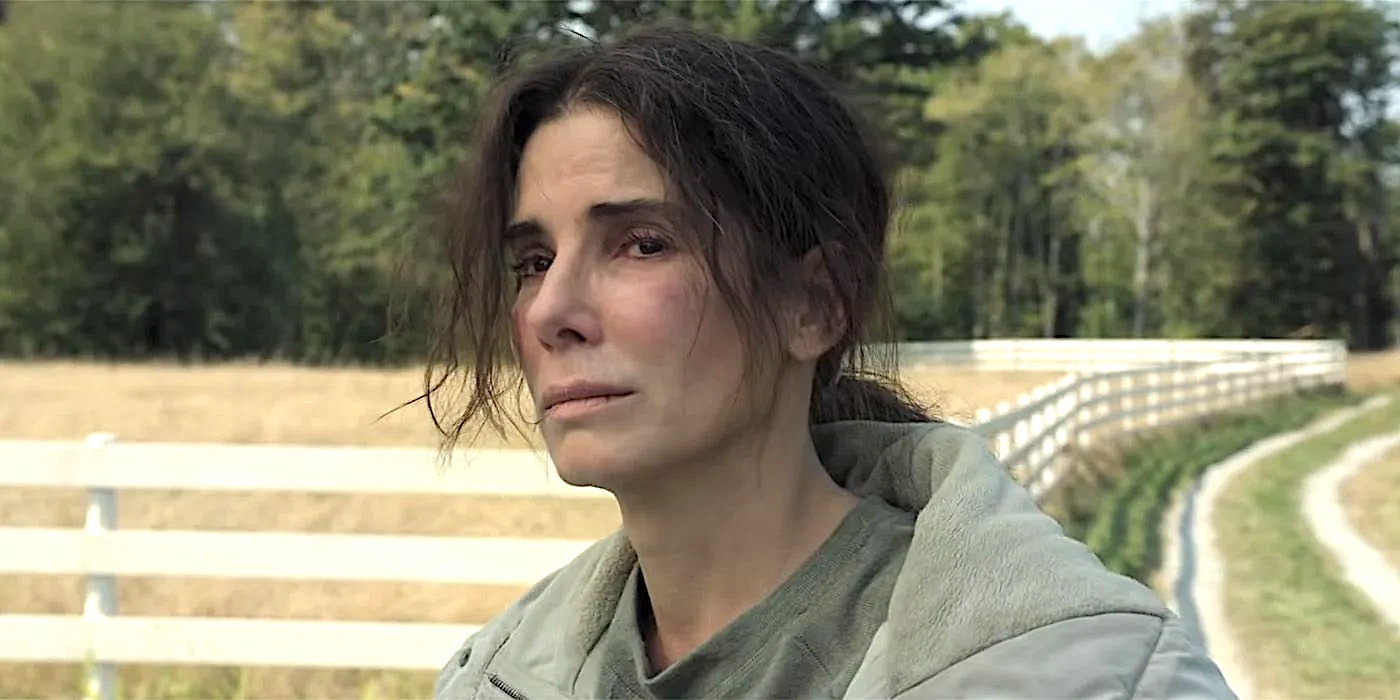 Ruth (Sandra Bullock) has just been released from prison after doing twenty years for murdering a cop. She longs to reach out to her younger sister, Katie (Aisling Franciosi) but the law prevents her from doing that. She tries to keep her head down and go about things legally, but it's never easy for convicts when they get out of prison.

Director Nora Fingscheidt has tackled tricky subjects like this before. Her last film, System Crasher was excellent. That alone caught my attention for this movie, along with Viola Davis, Rob Morgan, and Jon Bernthal. (Though Viola's part is tiny)

This film struggles with a subplot issues. There's two main stories. There's Ruth, trying to reintegrate into society and there's the sons of the man she killed who want their revenge. The latter is completely unnecessary. There are plethora of prison/revenge movies out there. I don't think Ruth needed an enemy in the form of another person. The world was already her enemy. You don't shake being a cop killer. The parts of her trying to navigate society were far more interesting than the brother drama. Will Pullen, who plays Steve, is a fine actor but the film would've been better if that entire story was cut.

It's on Netflix, so it's an easy watch (though may I suggest the wonderful The Power of the Dog instead?) It's brought down by unnecessary details but there was a good movie in there.

Memorable Quote: "You are not the victim." - Liz (Viola Davis)