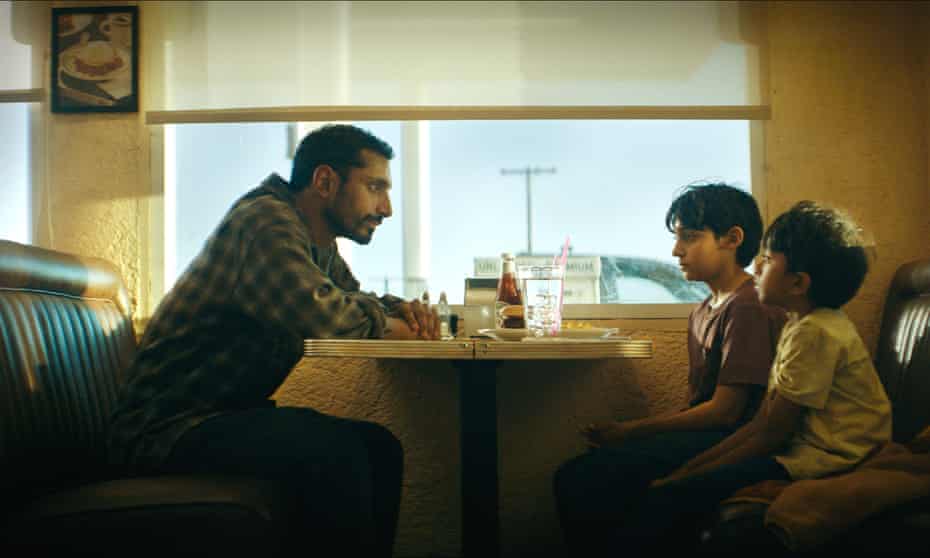 Malik (Riz Ahmed) is a marine recently back from duty who takes his two young sons, Jay (Lucian-River Chauhan) and Bobby (Aditya Geddada) in the middle of the night claiming microorganisms are invading the Earth via insects.

I don't recall seeing much advertising for this film. I had it on my watch list purely because of Riz Ahmed, so to be perfectly honest I thought this was going to be a sci fi movie. It's very much not that. It's about veterans coming back from warzones with PTSD. Malik has more to his story than that, which I won't go into because it's spoiler territory.

This story has been done before, but what makes this one stand out are Ahmed and Chauhan's performance. As the mother of a 10 year old myself (god, I'm old) I had to suspend a lot of disbelief on what this poor kid has to process throughout the movie, but performance wise they were great. Octavia Spencer also has a small role and I always love seeing her.

Encounter may not be groundbreaking storytelling but it's available to stream on Amazon Prime and how can you say no to a solid Riz Ahmed film?