Review: The Power of the Dog 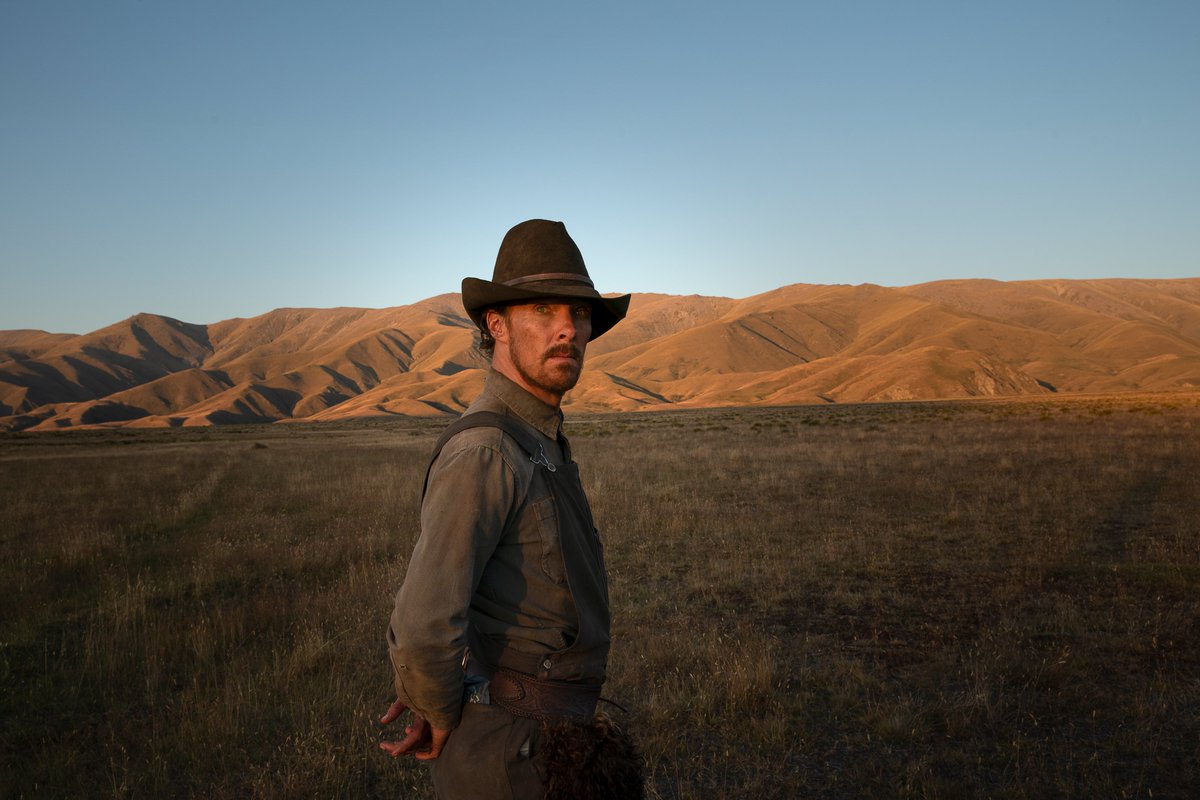 Phil (Benedict Cumberbatch) and George Burbank (Jesse Plemmons) are brothers running a ranch in 1925 Montana. Phil is well educated, George flunked out of school. Phil is charismatic and cruel. George is quiet and a bit oblivious. They're still sharing a the room they grew up in at their home, despite their parents not living there. Phil is seriously co-dependent. So when George springs a marriage to Rose (Kirsten Dunst) on him. He does everything in his power to make Rose feel uncomfortable in her new home, including taking an interest in her son, Peter. (Kodi Smit-McPhee)

This movie has been raved about for months and it easily catapulted to the top of my most anticipated list because of it. Director Jane Campion's The Piano is one of my all time favorites, and I couldn't wait to see her back in top form. This absolutely lived up to my high expectations.

I haven't read the book this is based on. None of my local libraries had it, so I went in very blind. None of the characters were anything like I expected. I knew Phil would be cruel and George kind, but I was not expecting Phil to be so educated and for George to have such a hand in his wife's mental downfall as he does. Rose and Peter were also nothing like I expected them. I can't quite describe their trajectory without going into spoiler territory.

Benedict Cumberbatch is the best he's ever been in this role. He makes you instantly hate Phil, but he also makes you believe for a split second that he's actually capable of change too. For someone so horrid, to get that moment of empathy is pretty amazing. Kirsten's Rose is very complex and so let down by the men around her. I just wanted to hug her and tell her it was going to be okay. And finally there's Kodi. Like I said, Peter is nothing like I imagined and I really dug the way Kodi played him. The further a long we go, the more you can tell Peter has something up his sleeve. If you're planning on watching for Jesse Plemmons or Thomasin Mackenzie, they're sadly not in it as much, but watching the other three give such incredible performances is well worth it.

I had heard a few rumblings of people not liking the ending, but I loved it. It leaves you with a lot to think about in a good way. I like to "take my movies home with me" and I have been thinking of all the possibilities nonstop since.

I'm glad this is on Netflix so I can watch it again. Give everyone Oscars please.