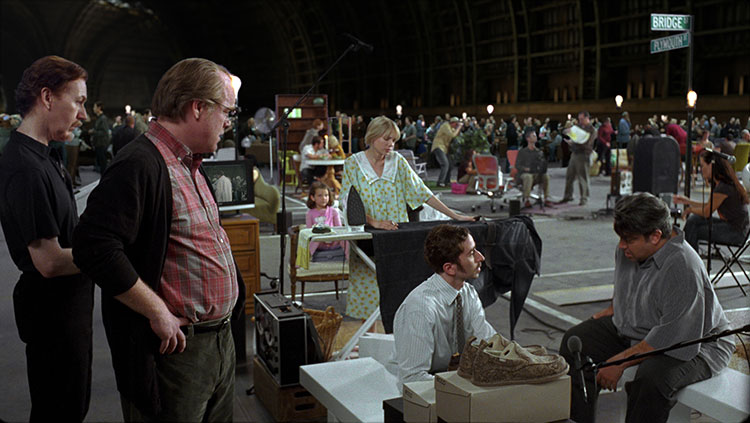 That's a thought I had frequently when watching Synecdoche, New York for the first time. Several times I was like "wait, what?" but never in a bad way.

Caden (Philip Seymour Hoffman) is a theater directing suffering from somewhat of a mid life crisis, despite him being very good at his job. He wants to achieve something different, so he takes a crew to a warehouse to build an elaborate mock up version of New York. As he gets deeper into this, the rest of his life takes a strange course.

It's very depressing for me to watch movies with Hoffman in them now, knowing he's no longer with us. He's so talented, and it's a shame he's gone. But at the same time, I love seeing this films of his I missed for the first time. He really is a powerhouse here, and the expansive cast is wonderful as well. The make up also stands out as we follow these characters through several years.

The film is pretty ambitious, and sometimes the lines are so blurred that it's easy to get a little lost, but I can't help but appreciate it as a whole. It's very clever and well done.