- August 07, 2018
You know what I'm talking about. You're watching a movie but because of something that happened during or around the time you watched it, you associate it with something else. Maybe it's a romantic comedy, yet all you can think of is a loud fight your neighbors were having. Maybe it's a horror film, but you think of a nice phone call you got from your grandma during it. Maybe they're so random you just never say them out loud.

Until now. Tell me the weirdest thing a movie reminds you of. I'll share a few of mine below

Beavis and Butt-Head Do America - Tornadoes

It was summer. I was 10 or 11 years old and home alone watching this on TV. Our TV room was in our basement and I had the volume up so high that I didn't notice the blaring tornado sirens that were going off outside. Not until my neighbor ran into my house to get me. I'll never forget stepping outside, looking down my street, and seeing a big ass tornado floating above the sky only a few blocks away. It never touched down, thankfully. But that's what I think of when I think of this movie now.

I had a Cabbage Patch Doll I inherited from my older sister, but it was never truly ~mine~ I remember watching this with her when my mom came downstairs and presented me with my very first Cabbage Patch doll that I could actually call my own. Her name was Glenda and you could crimp and curl her hair. What I question most about this memory now is if I was still young enough to want a doll, why the hell was I watching Jaws 2?

War of the Worlds - Flooding

After seeing this in theaters with a group of friends, it was raining so heavily when we got out that one of the roads by the theater was covered with water. I drove through with no problem. So did the group in the second car. The third car? Nope. Got stuck right in the middle and we all had to get out and push this car out of shin high water all while cracking jokes of the impending alien invasion.

The Last Samurai - A tangled mess

Not my actual photo, but pretty damn similar

If you've ever worked in a movie theater, you were probably familiar with the possibility of having the film "wrap" around the projector. Or dropping an already put together movie (you use clamps to hold it together) to move it from one projector to another. If I remember correctly, a second of footage is about a foot long. So you can imagine how massive The Last Samurai was at two and a half hours. Our copy wrapped and the projectionist at the time decided to move the film from one platter to another, but the clamps he used to secure it didn't secure properly and he dropped it. I got to help him put it back together. If you thought watching that movie was long, imaging unraveling and splicing it back together. I cringe just thinking of that film now.

Kung Fu Hustle - That time I almost left my future husband before our relationship even started.

Man, Kung Fu Hustle is something. Back then, I didn't have the appreciation for bad movies that I do now. So when my first date with the man I would eventually marry was to this, I seriously questioned bailing. It's funny to think about now. Especially when he had tried to justify it with "You really need to see Shaolin Soccer."

The Passion of the Christ - Sno-caps 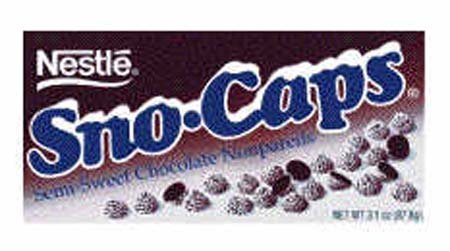 My theater was not prepared for this movie. Not only did we end up selling out every showing for weeks but we ran out of every single concession we offered except Sprite, Coke, and Sno-caps. Nobody likes Sno-caps. Although really, with the amount of people that ran out of the theater screaming and crying because of the violence, I don't know why the fuck they thought they wanted refreshments during it.