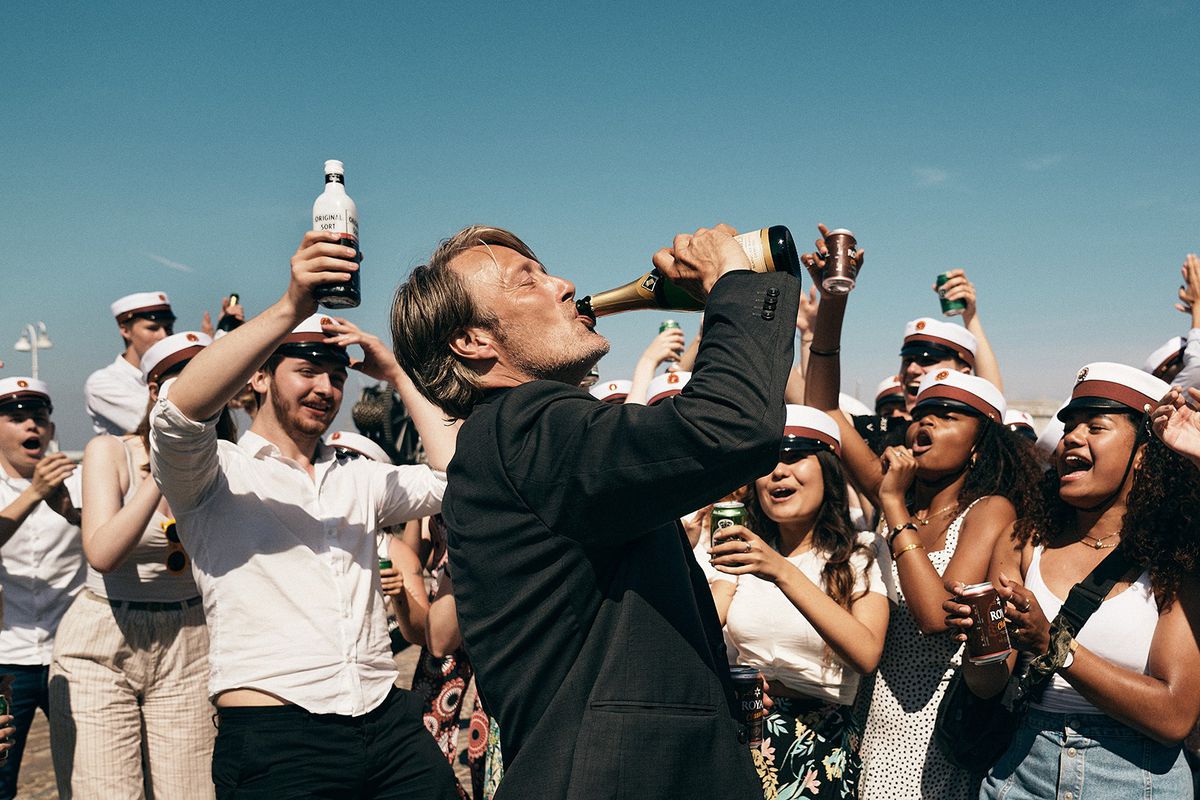 Martin (Mads Mikkelsen) is stuck in a rut. He's a high school history teacher who is at the point where he's disinterested in everything. Then he and his friends/fellow teachers, Nikolaj, (Magnus Millang) Tommy (Thomas Bo Larsen) and Peter (Lars Ranthe) decide to conduct an experiment. They attempt to keep a constant blood alcohol level of .05% to take the edge off and make them feel alive again. And it gets off to a very good start.

Mads Mikkelsen is one of my favorite working actors at the moment and this is yet another Danish gem. I'm glad they're submitting this to the Oscars. A film like this could so easily go off the deep end and this film never does.

I find in a lot of movies where a character consumes drugs and/or alcohol when you know they shouldn't, they end up doing something cringe-worthy that immediately cements the fact that they made a mistake And it can be annoying, because it's an obvious road block for the character to get to their goal. This doesn't do that. Despite the experiment in general being a horrible idea, we're spared that awkwardness. Things improve immediately until they don't. And the film handles the eventual downfall with grace and never gets overly melodramatic.

Mikkelson of course is great. He captures Martin at his highs and lows well and there's a very impression show of his athleticism at one point too which was an absolute joy. Larsen and Ranthe are actors I've seen in a few other Danish films before and they were also good in their respective roles, but it's Millang who surprised me the most. He was hilarious.

This is available to rent on VOD at the moment and it's easily one of my favorites of the year. Also is it just me, or are Danish graduation ceremonies better than...just about everyone else's?