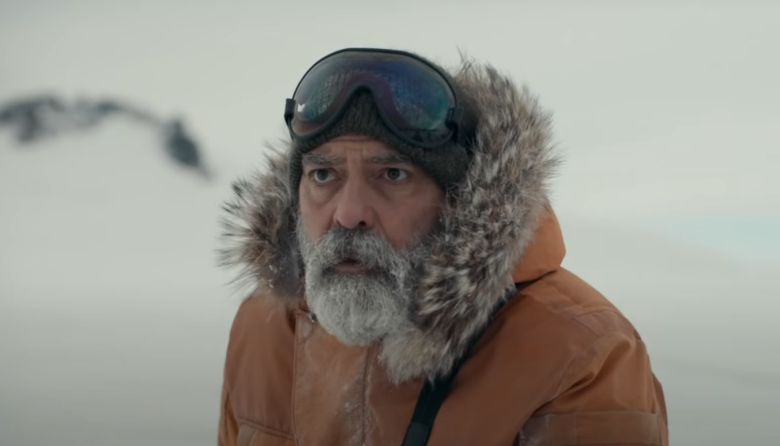 Augustine (George Clooney) is a terminally ill scientist who stays behind at a base in the Artic Circle after everyone else flees due to a catastrophic event on Earth. He realizes he's not alone, when Iris (Caoilinn Springall) a mute child finds him on the base. At the same time, he's trying to stop Sully (Felicty Jones) and her crew aboard the Ether from returning to Earth after their mission to find another planet that can sustaine human life.

With the way some people were talking about The Midnight Sky, more specifically the ending, I was really expecting this to turn into a Cloverfield movie or something. It doesn't, although that would've been kind of cool. I ended up enjoying it more than I thought I would given the low expectations I set for myself.

This film reminds me a lot of Baz Luhrmann's Australia, where instead of feeling like one cohesive story it feels like two movies stitched together. Unlike the former, there isn't a clear winner of which of these movies is better, one is certainly more exciting, but they don't blend as well as they should.

Clooney is in the director's chair again and he's....fine. Everyone's motivations are clear, the main action sequence was very thrilling, though I didn't care for the outcome. There is a twist that becomes pretty apparent early on, but it's not distracting. As for that ending? Sure, it's lame, but I was expecting Sunshine levels of fuckery.

Overall, with the right expectations I think this is a perfectly fine watch. Especially for a Netflix movie. What else are you going to do during a pandemic?