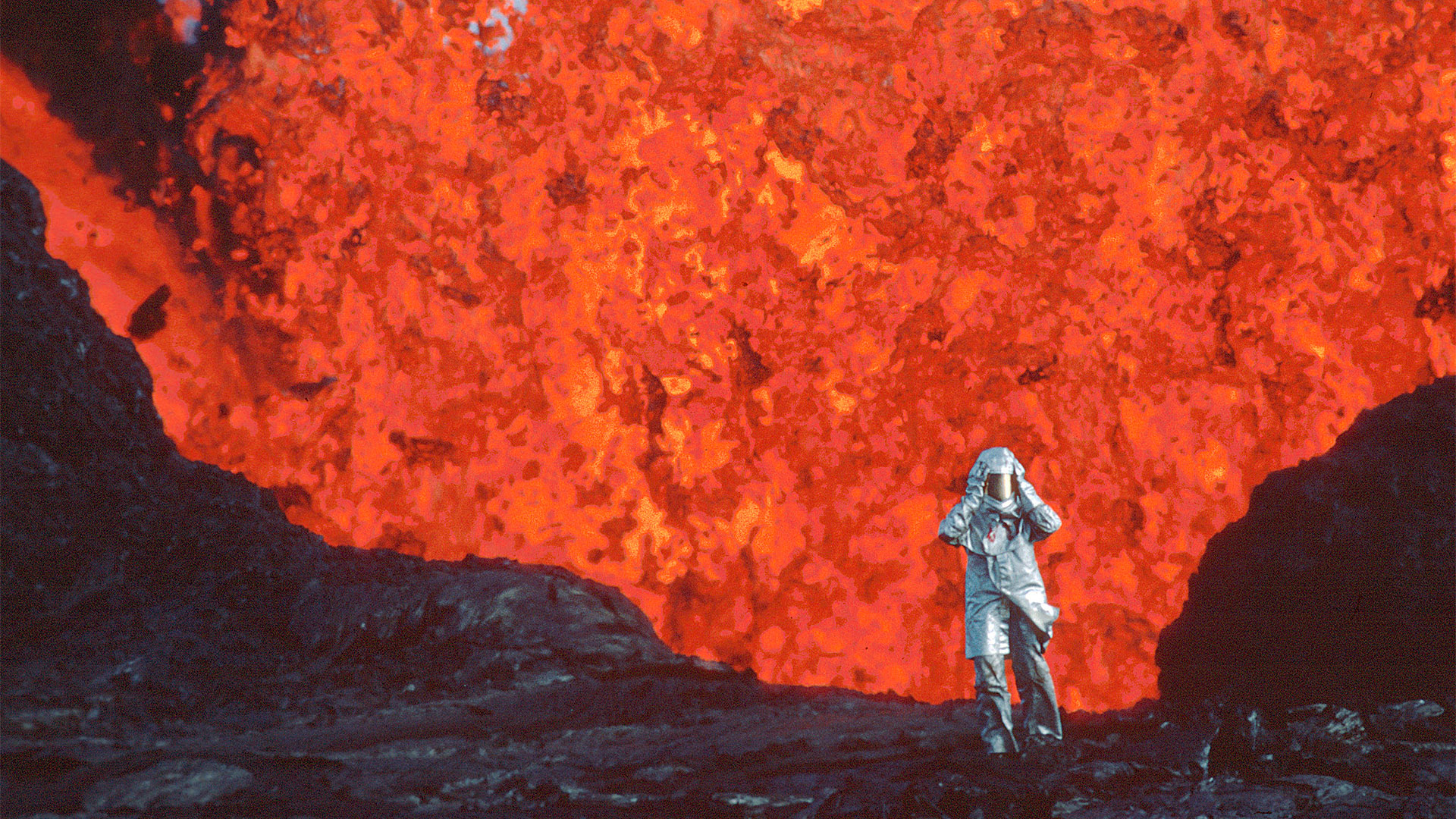 Maurice and Katia Krafft were two French volcanologists who met by chance and fell in love. They shared a mutual love for volcanos and spent the rest of their lives getting as close as possible to them. Their research has informed several scientists after them, and even helped aid countries with evacuation plans. Narrated by Miranda July, this film is told entirely through their vast collection of archived footage.

Necessary backstory: My 10 year old son wants to be a volcanologist when he grows up. He's watched every nature documentary on streaming and read every book our local library has on volcanos. When this film premiered at Sundance, I mentioned the Kraffts' names and he immediately relayed information about their untimely deaths. I knew I had to put this on my watch list, and lucky us, our theater got this film. You know that Once Upon A Time in Hollywood meme of Leonardo DiCaprio pointing at the TV? That was my kid every time they mentioned the name of a volcano he recognized.

I share this because it certainly enhanced my viewing experience. It's awesome when your kids love something and even more so when you feel you're making a core memory with them. He's talked nonstop about this movie since. For someone like me who knew next to nothing about volcanos, I found this really informative. The footage they got was nothing short of extraordinary and I thought they found a nice balance between teaching us something about their beloved subject, and letting us know who they were as people. They really seemed like an excellent couple.

I think had my son not been SO excited every time we went on another volcanic adventure with them, I can see where it does drag a bit, and for a film about their lives, it's rather unclear on exactly how they passed on Mount Unzen in Japan. I was surprised how they sort of glossed over it. But for a documentary that had no new interview footage, what director Sara Dosa put together something magical.

So is this for you? Even if you don't like nature documentaries, this is at its heart a love story between two scientists. You could watch it just for that.