5 Stupid Camping Movies I Loved as a Kid

- February 11, 2013
We all have them. Movies that we loved watching when we were young. When we look at them now we thank God that our taste in cinema has matured, but still hold a fond spot in our hearts for the stupid things that made us laugh. Although I initially didn't mean it, the films on this list have something in common. They all involve camping, boarding school, or being in the wilderness. So here's 5 stupid camping movies I loved as a kid. 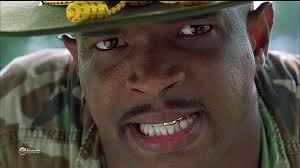 This is the catalyst that started this list. It was on TV the other day. I loved the Waynes Brothers, they used to do a lot of funny stuff. Lately, it hasn't been the same. But I'll always fondly look back on them for giving me so many laughs. (White Chicks, Scary Movies 1 and 2) 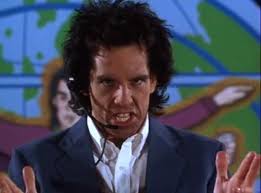 A bunch of kids that get sent to fat camp. This movie made me a little less annoyed that my parents sent me to Girl Scout camp one year. Plus in retrospect, Ben Stiller's character here could've easily morphed into the character he played in Dodgeball

Daniel Stern, or as I knew him back then as "The Home Alone guy" was a staple in the comedies I loved back then. I remember being pretty devastated when my copy of this tape accidentally got an infomercial recorded over it. 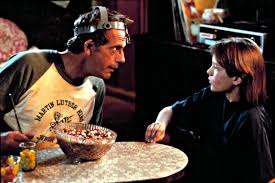 This was a movie that I never owned, but always watched when it came on TV. Christopher Lloyd is another actor that I loved watching as a kid.

Of all the movies on this list, this is the only one that I can't just sit back and watch again. Not even for the nostalgia factor. I LOVED this movie despite my dad reminding me that it was "the worst" whenever I made him watch it with me as a kid. Every time I heard a watch beep, I would always joke: "American Gladiators!" Then I saw it when I was a teenager and totally understood why my dad hated it so much. It's really, really, bad. 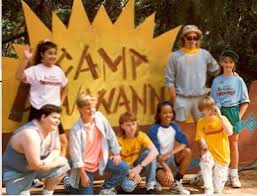 
Camp Anawanna, we hold you in our hearts. This show was awesome. How did it only get two seasons? It was way better than Hey Dude.
Lists