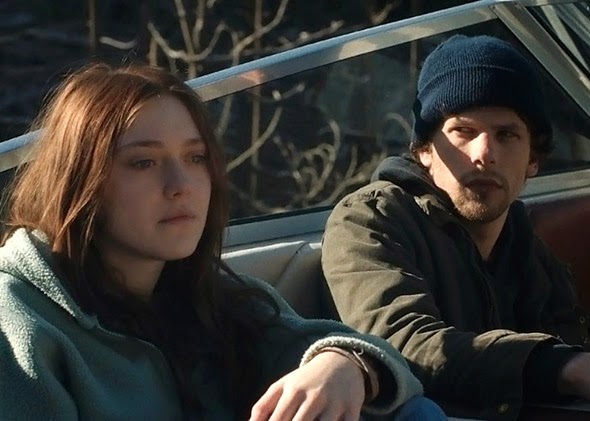 Josh (Jesse Eisenberg) and Dena (Dakota Fanning) are two environmentalists who team up with Harmon (Peter Sarsgaard) to blow up a dam in Oregon. The consequences that follow their quest turn out to be more than they imagined.

I don't want to give a lot of the plot away, because that would ruin the experience. When I first heard about this film at Sundance, a lot of people were comparing it to The East, another film about eco-terrorists. But really, that's all they have in common. Night Moves has a completely different structure and story and stands well on it's own two fee.

Fanning and Eisenberg both play sullen, paranoid people and of course they're both great at it. They had very interesting chemistry together. Sarsgaard isn't in it as much as I though, but he makes his little screen time memorable. The film did leave me wanting more. I wish a book would be written with the events that follow, but the film is very enjoyable and I love the leads.