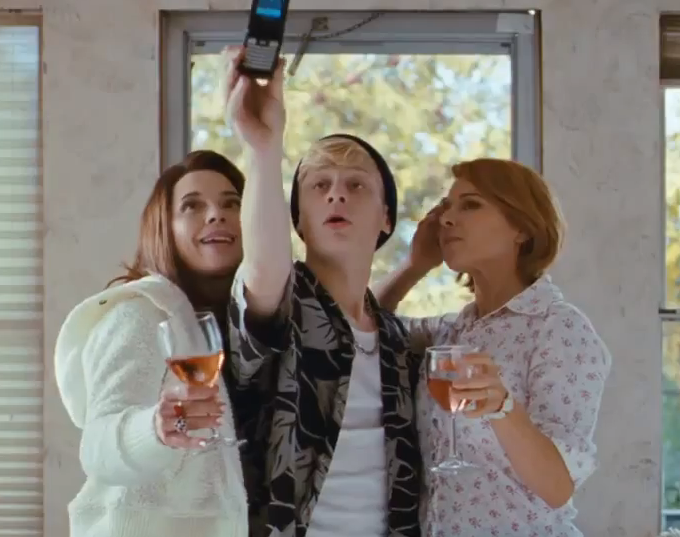 No one knows that more than Diane. (Anne Dorval) Her son, Steve (Antoine-Olivier Pilon) has recently been kicked out of a detention center. She sent him to that one in the first place to avoid a stricter jail-like setting that wouldn't help him. He suffers from ADHD, ODD, and as she puts it "some attachment disorder." After losing her job, she's forced to try to raise him herself, despite is violent outbursts. Their quiet neighbor, Kyla (Suzanne Clement) eventually becomes an important part of their lives.

This film got so much buzz at Cannes that it's not one of the most unheard of "gems" that I talk about here on my blog, but the release this got in the U.S was so pathetically limited. It's a shame, because this film, like nearly all of Dolan's work is stunning. Sure, the ratio that this film is shot it a bit hard to get used to at first. But Dolan wanted the focus to be on the characters and nothing else, and it really works in his favor. There's two scenes where the picture goes fully in frame, and it's even more breathtaking after watching the smaller, condensed scenes.

The acting is flawless. I knew Dolan favorites Clement and Dorval would be, but it was Pilon that blew me away. His performance was so spot on. There's not much to gripe about this film. I only wish we knew more of Kyla's story. Why her husband and daughter never visit, what caused her stutter, why she's on her break, those were all answers I was expecting to get, and didn't. Sure, it wasn't Kyla's story. But those would've been nice to know.

Memorable Quote: "I don't want you to think these last few months didn't mean anything to me." - Kyla (Suzanne Clement)
Indie Gems