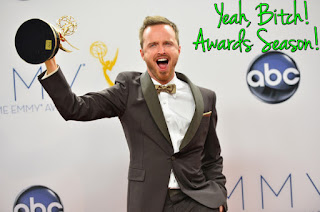 The Golden Globes are this Sunday. There will be no actors or press attending. No red carpet, and we have no idea if they're going to live stream or just list winners online afterwards. The HFPA have a lot of work to do to get better, and I normally do a "who will win, who should win" format on my prediction post. But SHOULD anyone win a Globe? Are they ever going to be relevant again? For the sake of consistency, I'll keep the same format, but I'm just as puzzled as everyone else.
Best Motion Picture, Drama
Belfast
CODA
Dune
King Richard
The Power of the Dog
Who will and should win: The Power of the Dog
This seems to be the front runner and rightfully so.

Best Supporting Actor – Motion Picture
Ben Affleck (“The Tender Bar”)
Jamie Dornan (“Belfast”)
Ciarán Hinds (“Belfast”)
Troy Kotsur (“CODA”)
Kodi Smit-McPhee (“The Power of the Dog”)
Who will win: Kodi Smit-McPhee
Who should win: Him, or Kotsur
I'm not as sure about this one. I think Troy Kotsur gave my favorite performance, and The Power of the Dog is popular, I'll guess Kodi for now.
Best Original Score, Motion Picture
“The French Dispatch”  — Alexandre Desplat
“Encanto” — Germaine Franco
“The Power of the Dog”  — Jonny Greenwood
“Parallel Mothers” — Alberto Iglesias
“Dune”  — Hans Zimmer
Who will win: Hans Zimmer
Dune has to win something.
Best Supporting Actress, Motion Picture
Caitriona Balfe, “Belfast”
Ariana DeBose, “West Side Story”
Kirsten Dunst, “The Power of the Dog”
Aunjanue Ellis, “King Richard”
Ruth Negga, “Passing”
Who will win: Ariana DeBose
Who should win: Kirsten Dunst
Ariana seems to be the front runner. I haven't seen West Side Story yet, but my heart is with Kiki.
Best Picture, Foreign Language
“Compartment No. 6”
“Drive My Car”
“The Hand of God”
“A Hero”
“Parallel Mothers”
Who will win: A Hero
Best Screenplay, Motion Picture
Licorice Pizza
Belfast
The Power of the Dog
Don’t Look Up
Being the Ricardos
Who will win: The Power of the Dog
Best Original Song, Motion Picture
“Be Alive,” “King Richard”
“Dos Oruguitas,” “Encanto”
“Down to Joy,” “Belfast”
“Here I Am,” “Respect”
“No Time to Die,” “No Time to Die”
Who will win: No Time to Die
Best Motion Picture, Animated
“Encanto”
“Flee”
“Luca”
“My Sunny Maid”
“Raya and the Last Dragon”
Who will win: Luca
Best Director, Motion Picture
Kenneth Branagh (“Belfast”)
Jane Campion (“The Power of the Dog”)
Maggie Gyllenhaal (“The Lost Daughter”)
Steven Spielberg (“West Side Story”)
Denis Villeneuve (“Dune”)
Who will and should win: Jane Campion
She NEEDS to win this year. Two women in a row winning Directing Oscars would make me so happy.
Best Television Series, Drama
Lupin
The Morning Show
Pose
Squid Game
Succession
Who will win: Squid Game
Who should win: Succession
The Globes love freshman series and Squid Game was insanely popular. It likely wins here.
Best Television Series, Musical or Comedy
The Great
Hacks
Only Murders in the Building
Reservation Dogs
Ted Lasso
Who will win: Only Murders in the Building
Who should win: Ted Lasso
Only Murders seems like such a HFPA choice. Ted Lasso should be winning everything, but I'm going with my gut.
Best Performance by an Actor in a Television Series, Drama
Brian Cox (Succession)
Lee Jung-jae (Squid Game)
Billy Porter (Pose)
Jeremy Strong (Succession)
Omar Sy (Lupin)
Who will win: Lee Jung-jae
Who should win: Jeremy Strong
They'll award Lee for his freshman show even though Strong is likely going to be the one to beat when the Emmys come round.
Best Performance by an Actress, Limited Series, Anthology Series or a Motion Picture made for Television
Jessica Chastain (Scenes From a Marriage)
Cynthia Erivo (Genius: Aretha)
Elizabeth Olsen (WandaVision)
Margaret Qualley (Maid)
Kate Winslet (Mare of Easttown)
Who will win: Kate Winslet
Who should win: Elizabeth Olsen
I think the Globes repeat the Emmys here and give it to Winslet. She has the star power behind her. Though I wish they'd give it to Olsen.
Best Performance by an Actress in a Television Series, Drama
Uzo Aduba (In Treatment)
Jennifer Aniston (The Morning Show)
Christine Baranski (The Good Fight)
Elisabeth Moss (The Handmaid’s Tale)
MJ Rodriguez (Pose)
Who will and should win: MJ Rodriguez
The Emmys didn't bite, but I think the Globes might. Baranski has a good chance, but I want to manifest MJ winning something.

Best Performance by an Actor, Limited Series, Anthology Series or Motion Picture made for Television
Paul Bettany (WandaVision)
Oscar Isaac (Scenes From a Marriage)
Michael Keaton (Dopesick)
Ewan McGregor (Halston)
Tahar Rahim (The Serpent)
Who will win: Michael Keaton
Who should win: Oscar Isaac
Keaton was great in Dopesick but Isaac gave the best performance of his career in Scenes from a Marriage.