Review: The Tragedy of Macbeth 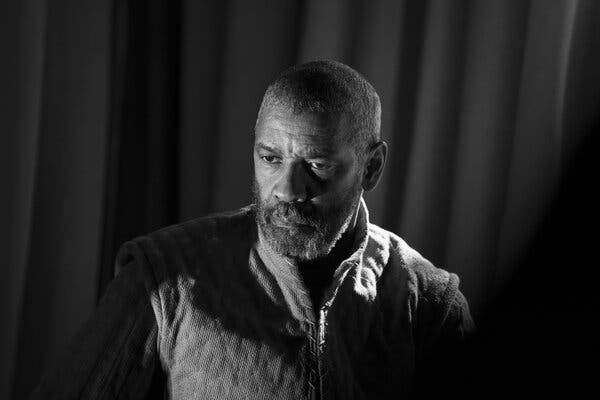 Who's it for: Shakespeare lovers, Denzel fans, #filmtwitter

Director Joel Coen takes a stab at Shakespeare's famous play with Denzel Washington playing Macbeth, the man convinced by a trio of witches (Kathryn Hunter) that he will become the King of Scotland

I was convinced I was going to watch this movie and hate how it looks because of my aversion to black and white. I half expected to have the opposite reaction to 2015's Macbeth, where it looks beautiful but the movie was garbage. I thought I'd enjoy this, but wouldn't like how it looked.

Thankfully, I was wrong. The way Coen shoots this is fascinating. All his sets are bare bones, yet there's a strange beauty in them. It's half a play half a movie and I loved the way it looked.

Denzel actually made me sympathize with Macbeth, which has never happened. There's just something about his face. I would like Denzel to be the King of Scotland. Sure, Macbeth, murder everyone and take your rightful throne. It made for a fun way to re-engage with this famous work. The supporting cast was wonderful too. Kathryn Hunter should be getting way more attention for playing the Witches. If Bradley Cooper can get award nominations for his cameo in Licorice Pizza, she should be getting them for this.

If you're a bit tired of Macbeth adaptations, I still suggest this one for the way it looks. It's currently available on Apple TV, and if you don't carry that service, it's worth the $4.99 to get it for a month. Then you can also watch Ted Lasso and Wolfwalkers while you're at it.