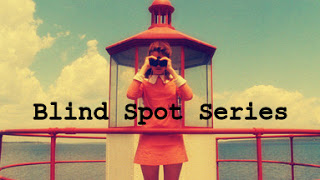 What I knew going in: That Greer Garson won an Oscar for this.

Mrs. Miniver (Greer Garson) tries to keep a positive attitude in her small town in England during the start of WWII. Her eldest son, Vin (Richard Ney) is enlisted. He's falling in love with young Carol (Teresa Wright) at the same time. Between looking after her young children, her husband also having to go away, bombs dropping on their city, and some pesky business about a local flower competition. She's got a lot on her plate.

As awful as this sounds, I don't think I had really heard much about Greer Garson until I started watching Be Kind Rewind's youtube channel. After watching her Oscar win episode, I knew I wanted to add one of her films to my Blind Spot list, and lucky for me while taking a recent flight. This film was available on Delta Studios.

There are some drawbacks of inflight movies, mainly, planes aren't very quiet. I found myself a little confused on where this movie was supposed to be taking place. It's in England, but because no one is really speaking with a British accent, I thought this film was supposed to be taking place in New York somewhere. It isn't until Mr. Miniver takes his boat to Dunkirk until it dawned on me they were in Europe. Aside from that confusion, I really enjoyed this movie.

Garson is great. This role doesn't start off very showy, but it gets there. It's not the most complex story, and there are a few eyebrow raising moments. Like Mrs. Miniver somehow being old enough to give birth to Vin. I think it would've made more sense for him to be her younger brother, to be honest. Also there's some - let's say architectural choices made later on without going into spoiler territory that are a bit questionable.

I appreciated that this felt different than a lot of WWII films I've seen. For a film that's taking a fairly light approach to war, I was shocked at what a brutal ending this had. I know I probably shouldn't be, but it's just devastating. I never read the book this is based on, but it seems like a pretty ballsy choice for a film with the tone this one has.

I'm happy to get my 2022 Blind Spot off to a great start, and I hope to see more of Garson's work in the future.

Memorable Quote: "I think it's lovely having flowers named after you." - Mrs. Miniver (Greer Garson)