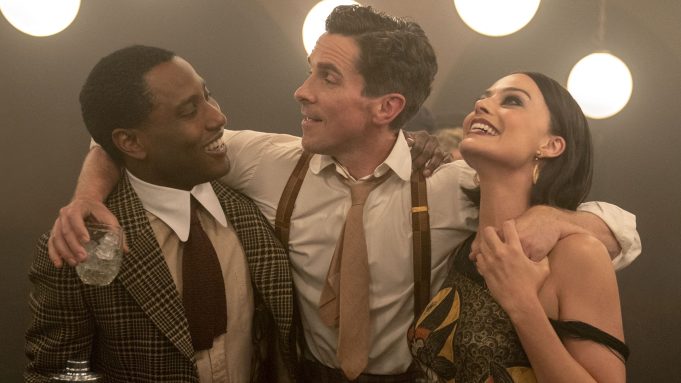 In 1933, three friends who originally met in Belgium during WWI, Doctor Burt, (Christian Bale) Lawyer Harold (John David Washington) and former nurse Valerie (Margot Robbie) find themselves entwined in a murder mystery that is far larger than they expect.

I have a weird relationship with director David O Russell. Weird as in, I think the guy is a mega douche, but I almost always enjoy his movies. I'm more shocked when I don't like them. He has a style I just enjoy, even though he's an abusive asshole and I have no idea why I still give him money.

Maybe this was my wakeup call because Amsterdam, while not terrible is nothing to write home about. It would make for a fine streaming watch at best. It made me realize that not every actor is great at narrating a movie and acting in it. Some of the characters speak like they're narrating the entire time. It leaves the dialogue very stilted. Christian Bale is acting circles around everyone, probably because he's used to the tyrant he's working for. Everyone else feels awkward. Rami Malek in particular is very miscast.

It's frustrating because the over arching story is interesting, even though it's a bit convoluted to tell. He touches on important issues of racism and dictatorship which are still very relevant today, even though I don't think he handled the former with the guest care. I never found myself wondering what time it is or wanting to leave the theater when watching, but I definitely think I could've waived until streaming for this.

So is this for you? Maybe, but not your theater money. Save it for a rental.