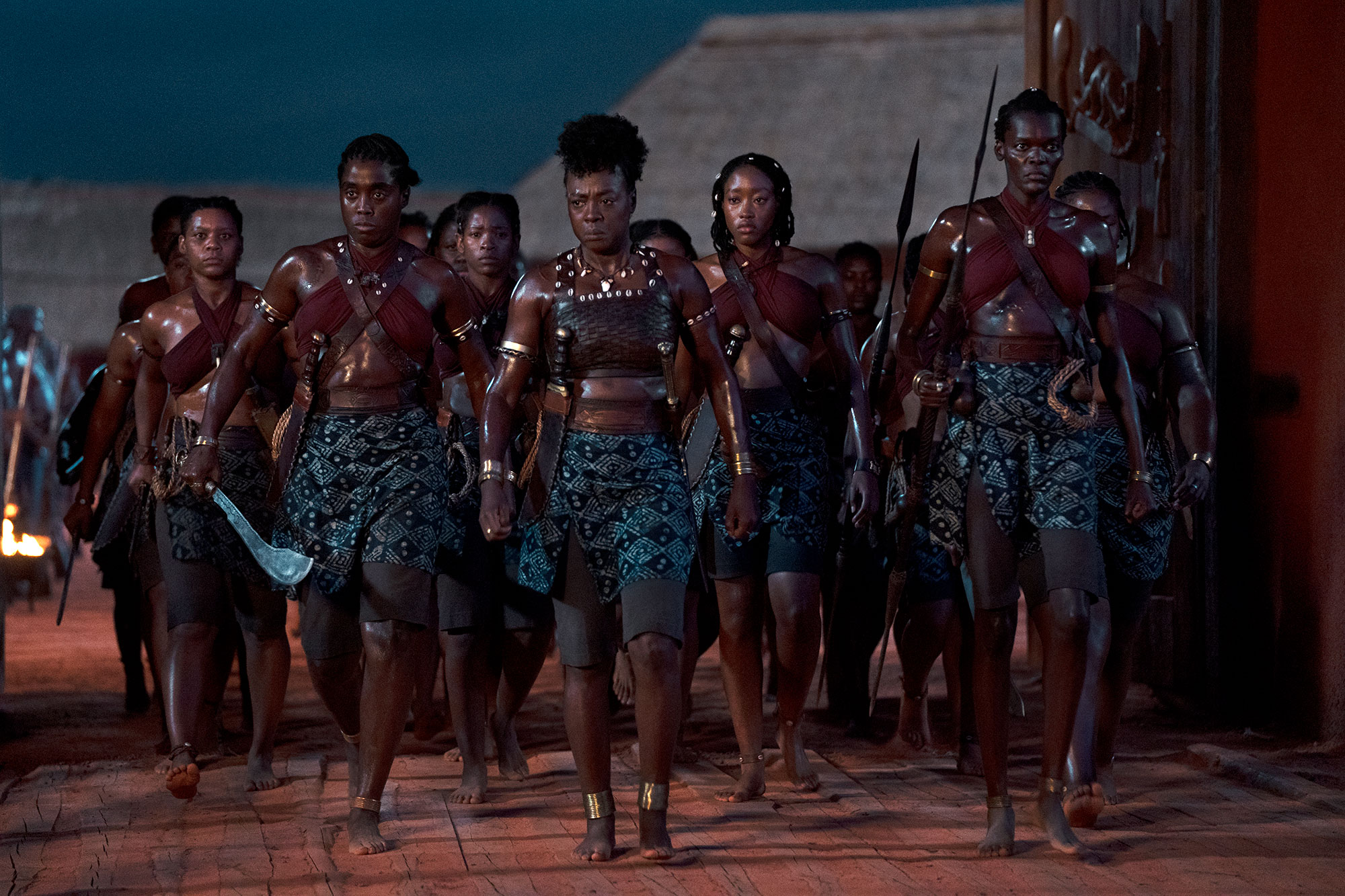 This film follows the events of the Dahomey Kingdom in the 18th and 19th century, particularly that of their all female warriors - the Agojie. Lead by General Nanisca, (Viola Davis) we meet a young woman given to the warriors, Nawi (Thuso Mbedu) for training. She's taken under the wing of Izogie (Lashanna Lynch) but it's really the General she must impress.

We're long overdue for films about the vast history of the various countries in Africa. Most historical epics are centered in Europe or the Americas, so I hope The Woman King kicks off a trend where we hear more of these stories. I never learned about the Agojie in school. I only knew the name because they were the inspiration for Black Panther's Dora Milage.

I enjoyed this film quite a bit. The actors of course are fantastic. Viola and Lynch I'm very familiar with but Mbedu is an absolute star. She carries this film and matches up well with the veteran actresses. I loved Viola's casting in this. We need more mature women heroes and she embodied that. The costumes were another stand out and one I really hope the Oscars take time to recognize among other things with this film.

Content warning: There is a brief flashback of sexual assault that I found very triggering. I know that can't be ignored when it's so prevalent in history, but I could've done without that. There's also a more sentimental part of the film that I think some will roll their eyes at, but for me it was fine.

So is this for you? I think it's for everyone. Whether your a historical buff, a fan of the actors involved, or just enjoy shitty men getting slaughtered by women, you should check this out in theaters.