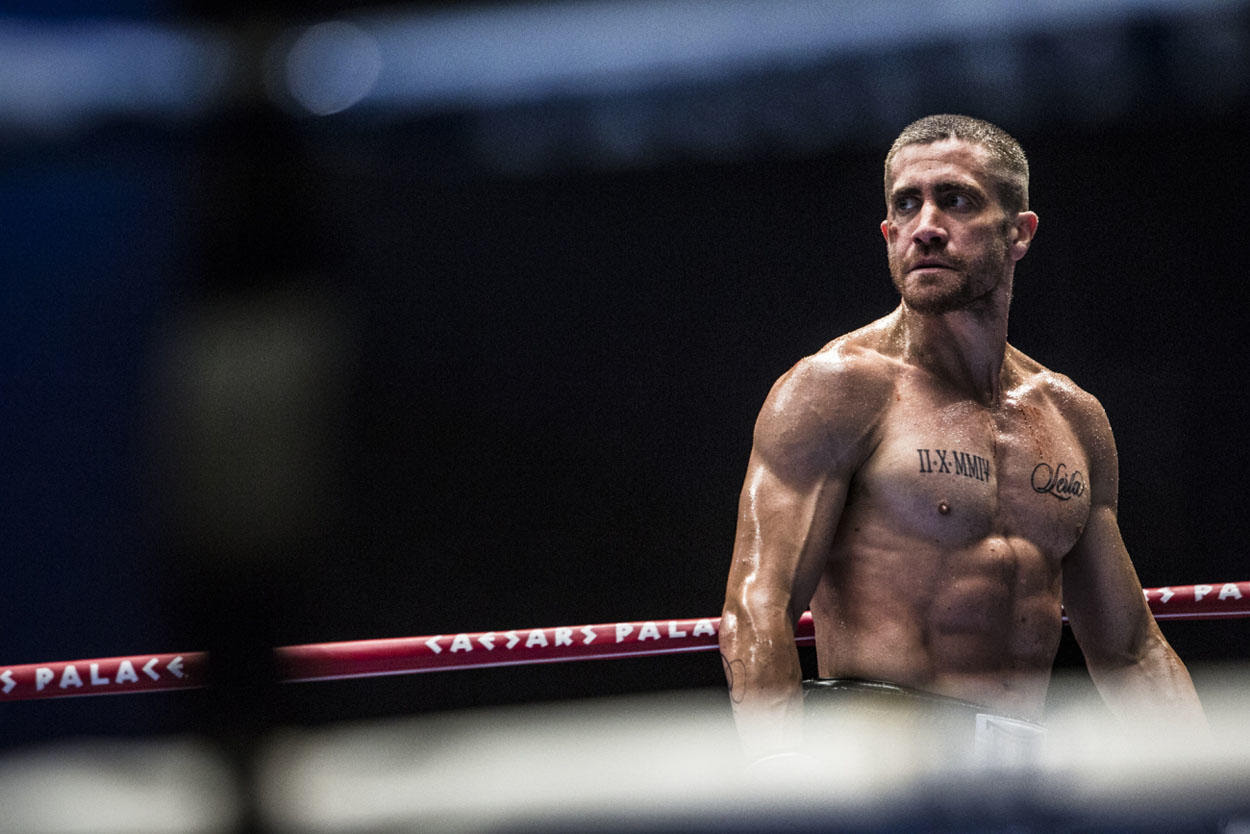 I almost went to see Southpaw in theaters a few different times, but I never did. Something always stopped me. After getting it from Netflix, I can see why. The movie itself is just "fine." Nothing more.

Billy Hope (Jake Gyllenhaal) is a boxer who in the prime of his career suffers a massive tragedy when his wife, Maureen (Rachel McAdams) is accidentally shot by someone in a rival boxers' entourage and killed. He goes off the deep end, loses his house, his friends, and worst of all, his daughter, Leila (Oona Laurence) He seeks the help of a coach, Tick Wills (Forest Whitaker) to get back on track.

There's nothing I dislike about Southpaw, but there's nothing I love either. Gyllenhaal is a great lead, and it's nice to see him in shape after that creepy  look he had in Nightcrawler, and Oona Laurence showed incredible range for an actress so young. The film itself dissolves into cliche after cliche and has a very predictable, though happy ending. It followed a simple formula and never strayed from it. The most interesting thing about this film for me was finding out Eminem was originally supposed to play Billy Hope.

Recommended: No, unless you are a big Gyllenhaal fan, then see it for him.