DVD Review: Light of my Life 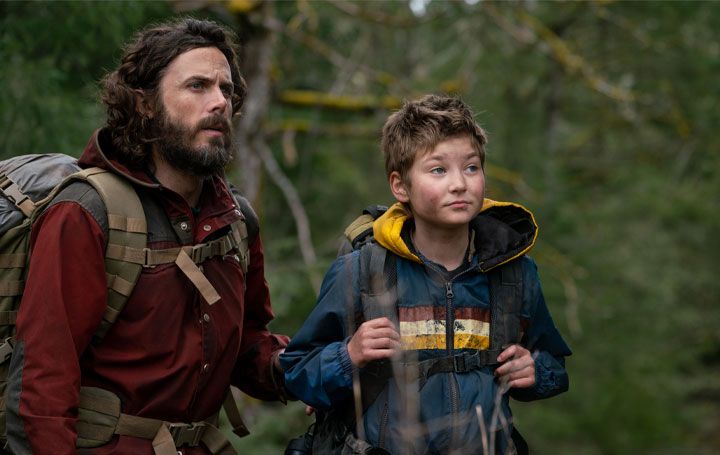 In a post apocalyptic world where a mysterious virus has killed off most of the female population, a father (Casey Affleck) dresses his young daughter, Rag (Anna Pniowsky) up as a boy to protect her.

We all do dumb things sometimes. In this case, it was me throwing this film into my Netflix queue and bumping it straight to the top because I mistook it for Blinded By The Light. How did I make such an error? Sleep deprivation or wine probably but my stupidity was rewarded by watching a film starring, written and directed by Casey Affleck in which a dad has to disguise is daughter because if these neanderthals found out she was a girl, well you know what would happen.

I know I didn't have to watch it, I could've just put it back in the envelope and sent it on its merry way but I decided to give it a chance because I'm a fair person. I didn't like this. To be fair, it lifts heavily from The Road, which was a film I also disliked. Furthermore, I'm not in the mood to watch movies about shitty men thinking they own women. I cannot begin to explain how over this I am. To the films' credit, they don't show anything like that but it's very, very heavily implied.

It's not wall to wall terrible. Affleck and Pniowsky are good, and I appreciated that Dad (that's what he's called) never once talked down to his daughter. He's very straightforward with her for the most part, apologizes when he's short with her, and teaches her important lessons, but that brings me to one of the film's major flaws: Affleck drags every scene out far longer than it needs to be. It kicks off with a never ending bedtime story, Dad goes over drills with Rag over and over. It's just too much for a film that was already testing my patience.