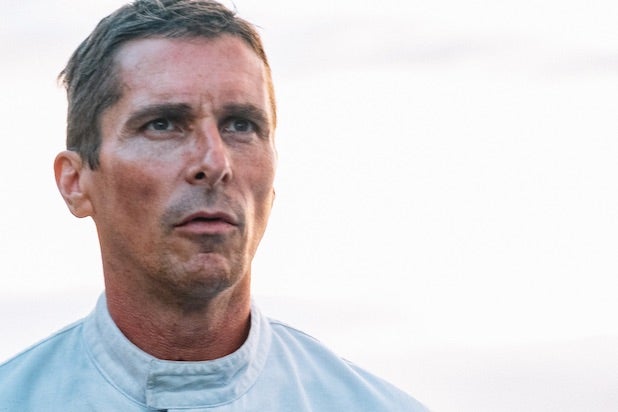 Former driver and current car designer Carroll Shelby (Matt Damon) is tasked with designing a car to beat Ferarri at the 24 hour Le Mons race in the late 60's. He wants the best driver for the job, the volatile Ken Miles (Christian Bale) to drive it, but mustache twirling villain and Ford VP Leo Beebe (Josh Lucas) does just about everything possible to stand in Ken's way.

I don't care about racing. I never have, but I was pleasantly surprised with Rush a few years ago so despite my indifference I decided to see this one for the actors.

This is yet another instance of a movie being two and half hours when it really doesn't need to be. The length makes the film wildly uneven. The racing is thrilling, but other parts are frustrating. Especially Josh Lucas.

There's a difference between an effective antagonist and an annoying one. Leo Beebe is the latter. He was so over the top smug and goes through the entire movie completely unchecked, even though Jon Bernthal's character was clearly in a position to do so. Maybe all of this did go down exactly this way in real life, but it undercuts the powerful scene Shelby and Henry Ford II (Tracy Letts) have in the second act because Beebe's motives take that all away. I couldn't enjoy Lucas being a dick because I could not wait for him to just fuck off. He wasn't enjoyable or interesting to watch at all.

Bale was the standout for me, and Damon was good as well. Letts has a single great moment in the film and Caitriona Balfe is also solid, even though her character is kind of all over the place in the beginning.

I didn't read anything about Shelby or Miles in real life, perhaps if I did I would've skipped this entirely, because If I'm sitting through a movie that's already too long, I'd like to at least have a satisfying ending and this doesn't. That's a personal gripe and it shouldn't stop you from seeing it if you want to, but it ultimately was just not enjoyable, no matter how well made it was and how great the two leading men were.