Part three of Mettel Ray's Breaking Emotions blogathon is here! This week, it's smiles and thrills. Let's get started. *Author's note: Taking the Trills list down to three was really, really, hard.*

1) Kyle's mom is a bitch in South Park: Bigger, Longer, and Uncut 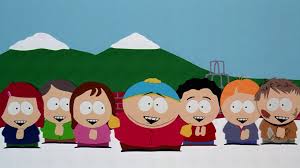 I was 12 when this movie came out. It actually holds a very dear place in my heart because I begged my dad to take me to it, and he complied, only after a theater employee told him it was "just like the TV show." Obviously it wasn't and the 2nd song in the film drops the F bomb more times than most movies do as a whole, but the song that makes me smile to this day is Cartman's rendition of "Kyle's mom is a bitch." He sang it once before on the TV show, and it was great, but when he starts singing it in different languages, my dad and I totally lost our shit laughing. As embarrassed as he probably was for taking his kid to see this, at least it was hysterical.

How can this scene NOT put a smile on your face? Shy Harold buys his baker crush Ana 'flours.' It's almost cute overload.

3) Walter Skinner shows up in X Files: I Want To Believe

Just the mention of his name in the movie was enough to make me nerd out. When he showed up towards the end, I had the goofiest smile on my face. 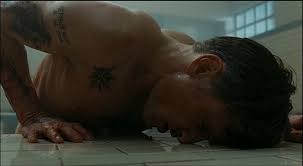 I think most people would agree they feel the most vulnerable when they're naked. So imagine Nikolai, naked in a bath house fighting off not one but TWO armed men with knives. This scene was crazy intense and so badass that I wanted to just give the Oscar to Viggo Mortensen right there.

2) The Joker in The Dark Knight 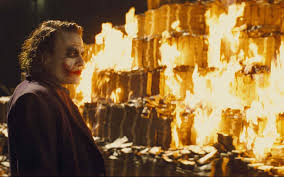 I knew I was going to pick The Dark Knight the minute I saw "thrills" as one of the emotions. But what scene? The hospital scene? The one where Batman has Joker hanging upside down? The interrogation scene? All of these are so thrilling, that I just credit the Joker completely. Heath Ledger gave one of the best performances in movie history and EVERYTHING the Joker did was thrilling.﻿


3) The car chase in The Bourne Supremacy

Whenever someone mentions a car chase, The Bourne Supremacy instantly comes to mind. I think it's one of the best car chases ever.

*Honorable mention goes to Prisoners and Se7en for almost making this list, and to Flight who I decided I was more horrified than thrilled during that plane crash scene.*