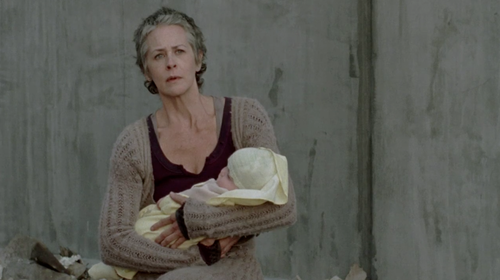 I'm using a picture of Carol because fuck you.
*That was the most boring episode of The Walking Dead since last season's Prey. Ugh.
*This is the first of two Governor-centric episodes. Because even though we already know this guy is a psychopath, the powers that be feel the need to show us that he's got a sympathetic side as well. First off, we don't need that. This episode would've made more sense last season, but not now. Not after we know what he's capable of. Aww, The Governor is getting laid and being nice to a little girl? That's great, I'm still not going to sympathize with a rapist. Sorry.
*The ending's big "holy shit" moment wasn't very surprising. I knew that wasn't the last we were going to see of Martinez.
*Who's idea what is to place this episode right after Rick gets back to the prison? If I don't see Carol before the mid season finale, I'm going to be pissed. It's bad enough I have to wait THREE FUCKING WEEKS for Daryl's reaction to Rick's bullshit call.
Boardwalk Empire episode 4.11: Harve De Grace 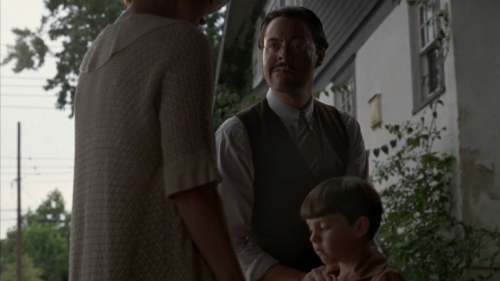 Richard Harrow, bitch
*Thankfully Boardwalk Empire stepped it up after that awful episode of The Walking Dead.
*Richard and Gillian's interaction was just as golden as I thought it would be. I'm glad she gave Tommy Jimmy's dog tags. That's one thing they can agree on. They want Jimmy to live on in Tommy.
*We finally found out who Ted Livingston's character REALLY was. I knew there was something strange about him, and now it was revealed that he was an undercover detective, and Gillian is screwed...
*I'm scared to death for Chalky right now, and I'm also a little angry that he just bailed on his family like that.
*Nucky's "aha!" moment at the dinner table with Eli and his family was actually kind of frightening.
*I know, I'm one of those BE fans that brings everything back to Jimmy, but I wonder if Nucky is thinking "Hmm...maybe I should've listened to Jimmy when he said Eli was behind this instead of shooting him in the head?"
﻿
Agents of S.H.I.E.L.D episode 1.7: The Hub 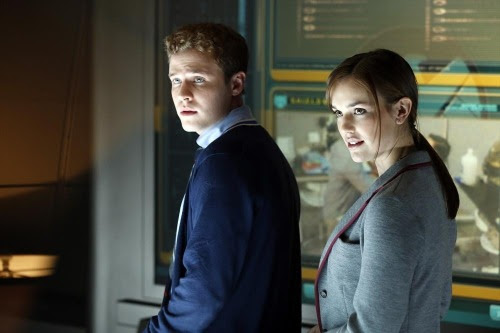 *I'm getting kind of annoyed about how S.H.I.E.L.D ALWAYS has a solution for everything. They always have some gadget that will solve their problems, and they always show up at the right place and the right time.
*I'm glad we got more Fitz this week. Ward is still boring as hell.
*Skye was back to being mostly annoying this week, but I did like her little interaction with Coulson regarding her parents. That storyline is somewhat interesting, it's just too bad her character is so terrible.
The Big Bang Theory episode 7.8 :The Itchy Brain Simulation 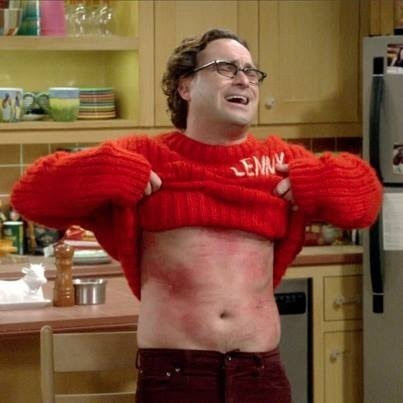 *Did this episode have a point? The best part of it was the off hand comment that Penny made Raj's ex girlfriend cry. They should've shown that. It would've been the most interesting in this episode.
*Although the preview for next week does look pretty golden.
﻿
Rambling TV