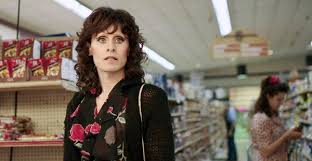 It's 1985, and Ron Woodroof (Matthew McConaughey) lives his life dangerously. He has unprotected sex, does plenty of drugs, and one day after getting hurt on the job, he finds out he's HIV positive. He, like many people back in that era are stuck in the mindset that only homosexuals get AIDS. When his family, friends, and employers abandon him once they learn of his illness, Ron takes it upon himself to find better treatment. The FDA approves a drug that has very toxic results, one that Woodroof's reluctant physician (Jennifer Garner) has tested in clinical trials. He does his research and finds other drugs, minerals, and vitamins that are used in other countries, but not approved in the United States. He meets a cross-dresser Rayon (Jared Leto) and together they form The Dallas Buyers Club. They're not drug dealers, the drugs are free, they just sell memberships to get around that. Of course, none of this is legal, and everyone seems to want to bring Woodroof down.
We knew when pictures of McConaughey and Leto were released that these were going to be good roles for them. Just their physical transformations spoke volumes themselves. I had high expectations for them, and they were certainly met. Both were mesmerizing, heart breaking, and even hilarious at times. I expect both of them will earn Oscar nominations for this. Even Jennifer Garner, who wasn't given a whole lot to do was wonderful with what she had.
It's sad to watch this film and think about how little was known about AIDS back then. It's even sadder to see how Ron's entire circle of friends judged him so harshly. Ron doesn't come across as someone we'd root for at the beginning of the film, but he certainly gets there at the end, and you can only be frustrated by the struggles he and so many others faced.
Recommended: Yes
Grade: A-
Memorable Quote: "It's cranberry mocha...for the holidays!" - Rayon (Jared Leto)
﻿