Indie Gems: The We And The I 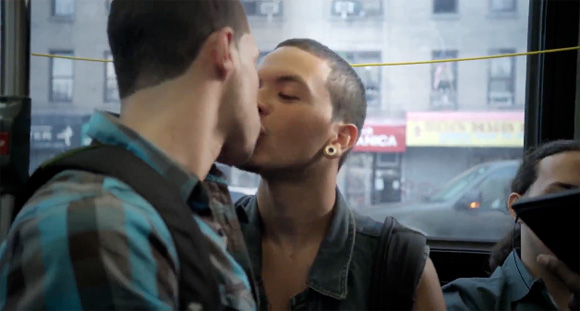 It's the last day of school and this is the longest bus ride ever in the Bronx. We see several different groups of students board and sit with their friends. They share their drama, whether it be planing a sweet sixteen party or watching a viral video of another boy slipping and falling on their phone. The "story" is told to us in three parts, Bullies, The Chaos, and The I.

I put "story" in quotations because there really isn't one, and that's okay. If there's such a thing as a normal avant garde movie, this is probably it. I became intrigued with it after reading Dell's review. This film feels so natural. I was often reminded of my niece. She's 15, and when she comes to visit she loves to fill me in on her high school drama. I imagine several of her daily conversations play out like this.

All of the actors come from The Point, a Bronx based community center. Most are acting under their own names and some of these stories are based on their real experiences. It's another reason why the film feels so authentic. Teresa Lynn was the big stand out to me, playing a girl trying hard to fit in with the boys at the back of the bus even though they treat her badly. Laidychen Carrasco and Meghan Murphy are also great as two snippy girls trying to plan a sweet sixteen party.

This movie won't be for everyone. It lacks structure, while most of it is on the bus, director Michael Gondry sprinkles a few flashback scenes outside of it. I think it works. It does a good job of showing how teenagers act in a group versus how they act alone or with one other person.

Memorable Quote: "You're not my girlfriend, don't send me an ecard - Michael (Michael Brodie)
Indie Gems