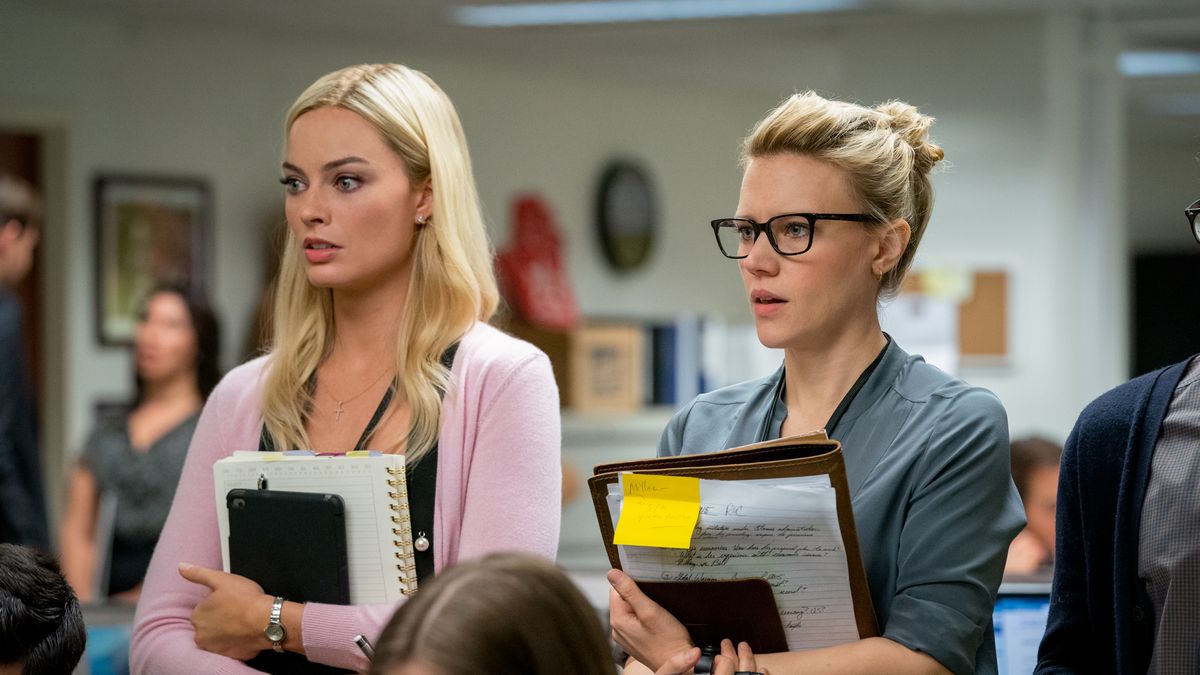 Fox News anchor Gretchen Carlson (Nicole Kidman) is fired from the network and in turn sues her former boss Roger Ailes (John Lithgow) for sexual harassment. At the same time, anchor Megyn Kelly (Charlize Theron) grapples with speaking up herself after just getting out of a dust up during Human Dumpster Fire's campaign trail. Then we have Kayla (Margot Robbie) another Fox employee who wants to be put on air but isn't aware of the cost..

The very first trailer for this film was so polarizing but it came with so many questions. How is it possible to make a story like this where the heart of it is a network that spreads so much hate? How can we be asked to show empathy to someone such as Megyn Kelly, who is still out there saying harmful things?

The answer to that is ignore most of it. The awkward thing about Bombshell is that structurally, it's a very good movie. It's engaging, the acting is wonderful and the pacing is near perfect. It's easy to root for women to take down a serial abuser like Ailes, but more often then not I was thrown out of the film because it barely addresses the elephant in the room.

Most of the critique comes from Kate McKinnon's Jess, and O'Reilly staffer and a closet Hillary Clinton supporter, but it's fleeting. Her purpose is so Kayla can have someone to voice her concerns to. Unlike Gretchen, Megyn, and several other real life people, Kayla is entirely fictional. She's the audiences' avatar, instantly likable after a hilarious line about not knowing "secular artists" and since she's not a real Fox employee, we can feel comfortable rooting for her without all that extra baggage. At least, that's the idea.

I'm struggling because I truly did like this film, but I felt they could've said a lot more. The barely address the fact that Fox News is out there enabling these same serial abusers. That they spread racism and bigotry on their network unchecked. That Megyn Kelly, painted as a hero here gives us plenty of reasons to dispute that every day when she reports.

As far as the acting goes, I'm surprised Nicole Kidman had so little to do, though I thought her Midwestern accent was spot on. Charlize looks eerily similar to Kelly. I'd often forget I was watching an actor until she spoke. Margot Robbie is the star of this though. To quote her own line, she's "freaking' phenomenal." Especially her big scene towards the end of the film. She's just a gem.  Liv Hewson and Brigette Lundy-Paine, who play some of Megyn's staffers are also wonderful and it's a shame they were left out of the SAG ensemble nomination.

I know I sound harsh in this review but it truly was a good movie. I only have that one complaint, even though it's a very big one.

Memorable Quote: "That's all of our jobs.." - Kayla (Margot Robbie)