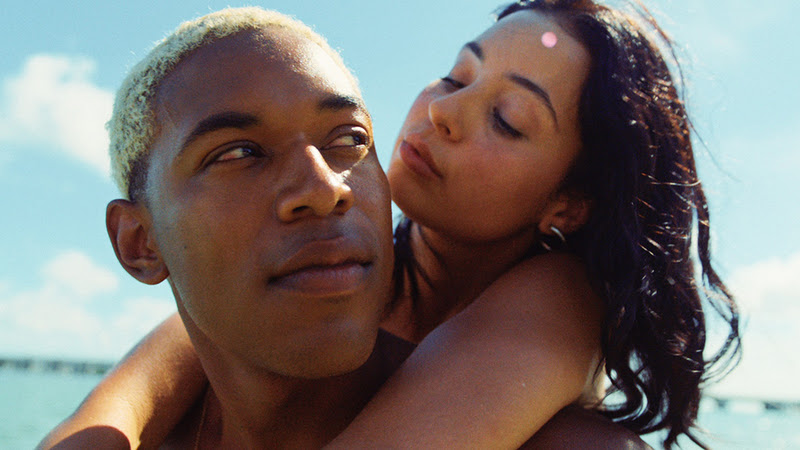 Tyler (Kelvin Harrison Jr.) is a high school senior under a lot of pressure, mostly from his father, Ronald. (Sterling K. Brown) He's expected to do rigorous workouts daily to keep himself in shape for the wrestling team, no matter his injured shoulder. The minute he walks in the door and barely says hello to his mother, Catharine (Renée Elise Goldsberry) Ronald is on him about his homework. All of this eventually boils over into something tragic, and then the film shifts to Tyler's sister Emily (Taylor Russell) who gets to deal with the aftermath.

Speaking of said aftermath, it's not often that a film balances out familial issues the way this one does. In many family dramas, I feel we start the path to healing much earlier. Or we watch all the desctruction take place with only a small, poignant ending. Waves practically splits its run time in half between Tyler and Emily. We spend just enough with Tyler to see him rise and fall, and just enough with Emily to see her come into her own. And it's not just about the children. While their parents are supporting players, we get a glimpse of their problems as well. It's exactly the right amount.

The actors are wonderful here. Kelvin Harrison Jr. is easily becoming one of my favorite young actors out there. He's had such a great year with this and Luce. This is the first film I've seen Taylor Russell in and she's so sweet. I loved Emily and her relationship with her corny boyfriend Lucas (Lucas Hedges) was a nice little reprieve from what happens before. Sterling K. Brown was the standout for me. It's so easy to hate Ronald for how hard he is on Tyler but he faces the reality of it and seeing how it weighs on him is truly moving. He could've been a one note antagonist in Tyler's story, but he wasn't.

There is one thing I didn't like about Waves, and I also suspect its a reason in this not getting nearly the amount of awards season love it deserves - the spinning cam. The way this film is shot is so fast and dizzying that it almost gives you motion sickness. It's amplified by a change in aspect ratio in the middle of the film that brings it in even tighter. On top of that, there's a few scenes of up close and personal vomiting that I always have trouble watching, but in a film that practically spins you like a top it made me feel even worse about it. This filming technique does set it apart from others and does compliment it more than not, but it's bound to be hard to watch for some.

Waves is currently in a limited release here in the States and if a theater near you has it, definitely give it some of your time.