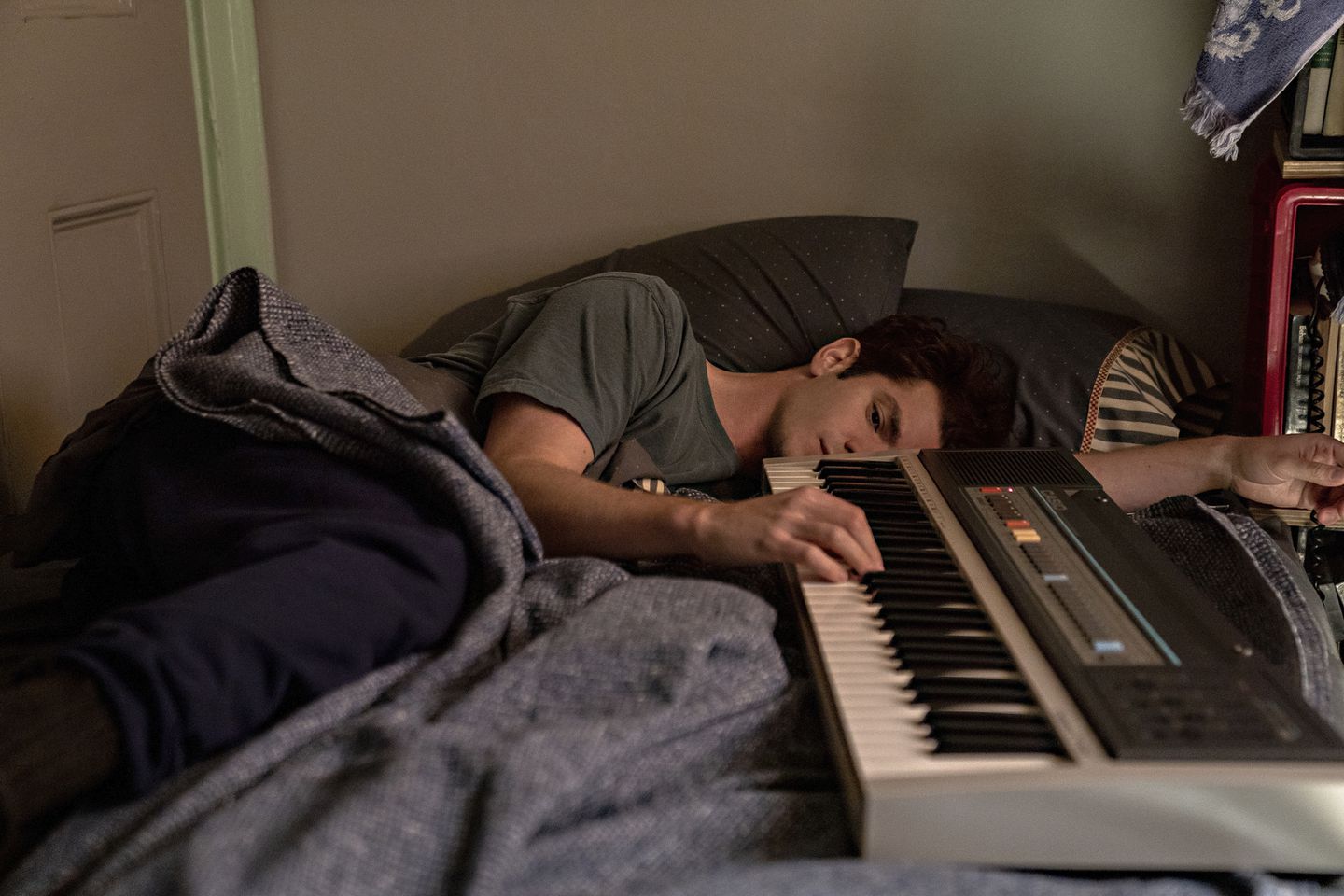 Aspiring playwright Jonathan Larsen (Andrew Garfield) is about to turn 30 and is about to showcase what he considers his life's work. He's broke, his relationship is facing hurdles, and his friends are dying. Life isn't easy.

Jonathan Larsen would eventually go on to create Rent, which I have to admit that I don't exactly care for. I appreciate it for tackling the AIDS crisis and for being a huge hit with many LGBTQIA+ characters, but at the same time...I kind of hate most of them. I bring this up because there are aspects of Larsen's life that are present in the film that clearly inspired Rent. He wrote what he knew, obviously, so that did effect me negatively. If you love Rent, or haven't seen it, it probably won't be that way for you, but I have to be honest about my bias.

Andrew Garfield is truly wonderful in this. For a guy who never sang prior to this film, he did a great job. He's not a very strong singer, but he's the writer. No one expects him to be, and knowing he had to learn to sing specifically for this film, he pulled it off. This is easily one of his best performances. The rest of the cast support him well. Director Lin-Manuel Miranda's choices make it hard for anyone else to really come close to Garfield's level, so all I can really say is they supportwell.

Which brings me to the film's biggest hurdle - the director. Miranda clearly has a lot of love for musicals, and when everyone is singing, the film works best. But he makes so many strange editing choices that a lot of scenes are cut very awkwardly, which sort of takes you out of the moment.

This film is available to watch on Netflix, and even though it has its issues, it's definitely worth your time. I hope Garfield is able to take this performance all the way to the Oscars, because he certainly deserves it.

Memorable Quote: "I wanted you to tell me not to go." - Susan (Alexandra Shipp)