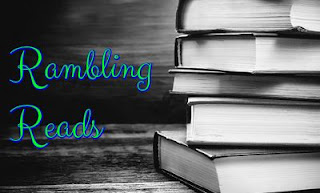 Your girl actually remembered to post this in January this year! I did better with my reading this year than I did in 2020. My husband got me a Kobu e-reader for Christmas, and I've already completed one book and started another. Hopefully that makes me read a little quicker and finally get through my list. Here's some quick reviews of what I read.

Sunburn by Laura Lippman - Laura Lippman is one of my favorite authors, but this wasn't one of her greatest. I read it quickly, and it was engaging, but it didn't really pack the punch of most of her previous novels - C

I, Robot by Isaac Asimov - This collection of short stories came from a book my grandfather owned. He passed away in 2021 and has an extensive book collection. This was one that I took, and because it was his I feel like I attach more meaning these stories than I normally would have. But they were good. B

the sun and her flowers by rupi kaur - Okay, I know clowning on Rupi Kaur is kind of a past time on the internet, but I legitimately love her poetry. milk and honey is still my favorite of hers, but this was a nice read as well. It just didn't resonate with me as much. B

Dream Girl by Laura Lippman - Unlike Sunburn, I actually really enjoyed this. It's not often Lippman uses men as her lead characters. And truthfully, I prefer women's POVs, but Gerry kept me engaged. And boy does it suck to be him. B

Plath by Sylvia Plath - This is a collection of her poems. I recently purchased The Bell Jar, so that will be on my 2022 list. I like her writing. It feels very profound. A-

Little Women by Louisa May Alcott - So this was a re-read for me. I haven't read this book since I was a child, but I felt like including it here since so much time has passed. I adore this book. I have to say, Meg is still boring AF, and so are her children's chapters at the end. I forgot how dull that was. A

Jane Eyre by Charlotte Bronte - I've been trying to read more classic novels and I was given a copy of this for my birthday. I found it really engaging. I was worried I'd get irritated in the same way I do with Jane Austen's work ,but Bronte's writing is less...gossipy? A-

Margaret Atwood by The Testaments - While I was waiting for more episodes of the newest season of The Handmaid's Tale to drop, I decided to finally pick up this book, and holy shit it was wonderful. I'm really interested to see what parts of it the show chooses to adapt. There are portions I hope get left out, mostly because I just want June to have some GD peace for once, but Ann Dowd has some great stuff coming ahead if they choose to use Aunt Lydia's story. A

A Promised Land by Barack Obama - This thing was a BEAST. I was reading it at a time when I was traveling by plane somewhat frequently so this added a few extra pounds to my suitcase, but I love how articulate President Obama is. Can you imagine the Dumpster fire we just had in office coming across as eloquently? I look forward to his next book. A

The Kite Runner by Khaled Hosseini - This was excellent. I had heard such good things about it, and I remember the film version that came out in the mid 2000's, but I'm glad I finally sat down and read it. It's absolutely devastating, but so beautifully written. A

20th Century Ghosts - Joe Hill - God, I hated this. It's another collection of short stories but the way Hill writes women is just gross. I noticed it in small doses in the other books of his I've read (and enjoyed) but it didn't distract me the way this did. D

Truth of the Divine by Lindsay Ellis - Writing about this makes me sad, because Lindsay just quit her youtube channel, which is one of my all time favorites. But the second book in her trilogy introduced us to some very wonderful characters. It was a little more fanfic-y this time around, I think because she added a sex scene, but overall still a fun story and I'm looking forward to part 3. - B