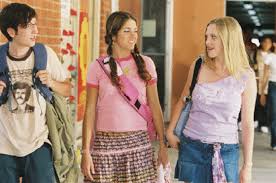 Since guns seem to be the hot topic in the U.S nowadays, it just made sense to re-visit this little film.
This movie doesn't feel like it's on one side of the debate vs the other, it's just here to show us the different sides of guns in our cultures. From the honest owners, to the consequences of the irresponsible ones.
American Gun intertwines between a few different stories, among them is a inner city high school principal (Forest Whitaker) who's trying to make sure no weapons are brought into his school. He's faced with a decision on what to do with a good student (Arlen Escarpeta) who brings a gun with him to school every day because of the dangerous neighborhood he lives in. There's Janet (Marcia Gay Harden) a mother who's eldest son committed a violent crime at his old high school. Her younger son (Chris Marquette) is now the same age as his brother when he committed the crime. They do their best to just move forward despite the hard time the neighbors are giving them. (It's hard not to get angry at the people harassing Janet and David) Then there's Mary Ann (Linda Cardellini) a timid college student working her in grandfather's (Donald Sutherland) gun shop.
The cast is outstanding, particularly Harden and Marquette. It's hard to imagine how terrible it would be for the family members that had nothing to do with a crime one of their own committed. They really were top notch here. With all of these stories going on, sometimes it feels like our favorite actors might not get enough time of their own, but American Gun is certainly a film to seek out if you're a fan of any involved. Especially for Harden and Marquette
Grade: B
Memorable Quote: "If you have to have a gun to work where you work, maybe you should do your best not to be there." - Principal Carter (Forest Whitaker)﻿
Indie Gems