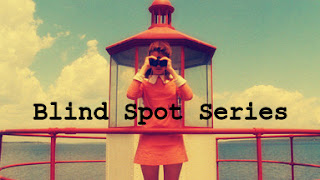 What I knew going in: That it's arguably Jean Seberg's most popular film

Michel (Jean-Paul Belmando) is a small time thief who makes a big mistake and has to go on the run. He reunites with his friend, an American journalism student living in France, Patricia (Jean Seberg)

I've been sitting with this movie for a few weeks before writing down my thoughts. I found it incredibly messy. I had read on IMDb that director Jean-Luc Godard didn't have his script finished when he started shooting, and I'd believe that. It's very disjointed....but I didn't hate it? There was something lovely about this movie that I just have trouble putting my finger on. I certainly didn't like Michel, but I adored Patricia. She was the interesting one.

It's funny when a movie does that to you. I might chalk it up to just enjoying French movies in general. It's a beautiful language and it always looks so stylish. I know this was a big deal at the time. It seems it was an art house film that played at major theaters, which didn't happen often. So that's why it's place in film history is so cemented.

Strangely, the movie that I thought about immediately after watching this was an indie I reviewed years ago called All My Friends Are Funeral Singers. The two films have zero in common, but I left them feeling the same way. I understand their messy, but there was something about that messiness that just worked for me.