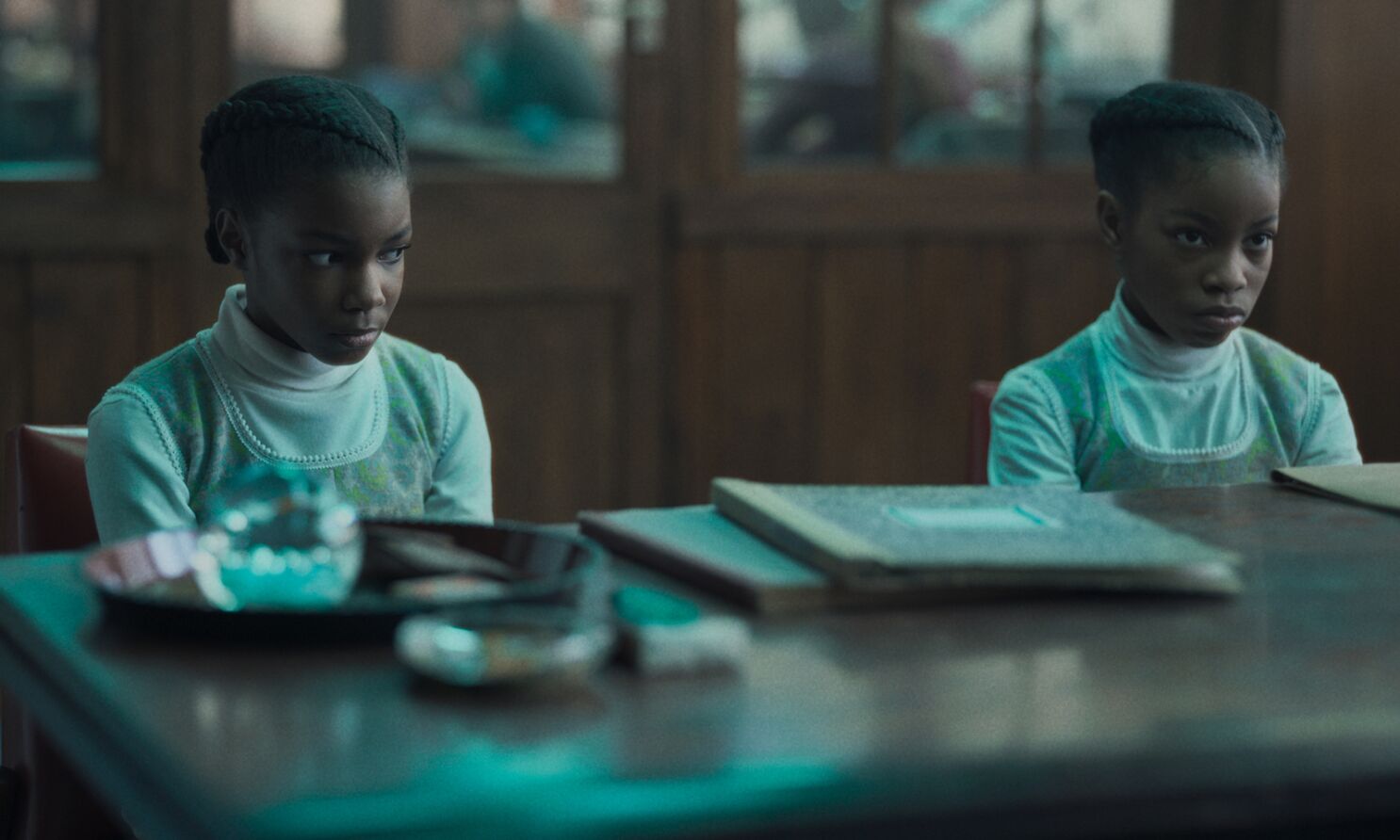 Based on the extraordinary lives of twins June and Jennifer Gibbons. (Leah Mondesir-Simmonds and Eva-Arianna Baxter as kids, Letitia Wright and Tamara Lawrence as adults) The girls grew up in Wales and refused to talk to anyone else but each other.

My indie theater got this film for exactly 2 weeks last summer and of course those were two weeks were I wasn't in town to catch it. I was really bummed at the time because I wanted to support this, but turns out it was a blessing in disguise, because I would've been so very lost during this movie.

You know what I should never have to do during a film? Pause it, and Google the true life story this is based on to understand what the fuck is going on. I am so frustrated with this film. It's the epitome of style over substance. The opening credits are seriously cute and unique, the film makes good use of stop motion animation occasionally but you can't ride on your artistic merits alone. You have to have a coherent story and this movie is not interested whatsoever in the "why." I'd argue that it also expects you to fully know Jennifer and June's story going in because it's just going to go beat by beat leaving you wondering how we got here in the first place. There's so many things this film could've explored but chose not. (A perfect example being the twins' relationships with their other siblings, because we get one really great scene, then nothing else)

It's been a while since I've been this bothered by a movie. You had a talented cast, you had a director in Agnieszka Smoczynska  who has made an awesome movie before this (The Lure) and you had two real life women with a bizarre and tragic story. How is it possible that it fumbled this hard?

The Silent Twins is currently streaming on Peacock if your curious. In fact, watch it and come back to me and tell me if I'm overreacting.