5 Cinematic Examples of When Keeping it Real Goes Wrong.

Christopher Mintz-Plasse keeping it real in This Is The End, and Michael Cera making it go wrong.


I caught an episode of the cancelled too soon Chapelle's Show the other day, and it inspired this list. SPOILER ALERT 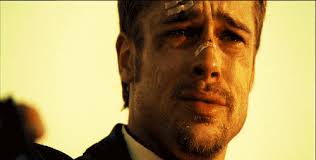 1) Detective David Mills in Se7en: Mills and Somerset have a murderer out in the middle of the open, and suddenly a mystery box gets delivered to him. Somerset opens it, looks towards David, and says that John Doe has the upper hand. David is trying to keep it real, but when he starts yelling "What's in the fucking box?!" and proceeds to lose his shit and John Doe in the head. This is a perfect example of when keeping it real goes wrong. 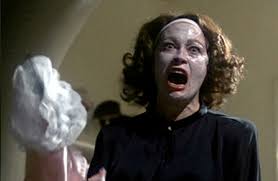 2) Joan Crawford in Mommie Dearest: In the middle of the night, Joan decides to go for a little stroll in her sleeping kids' closet. She finds one of her daughter's nice dresses on a wire hanger. We know that wire hangers aren't that great for fabric. Joan tries to keep it real, but the she throws a tangent about said wire hanger and incidentally scars her children for life. Way to go, Mom. This is a perfect example of when keeping it real goes wrong. 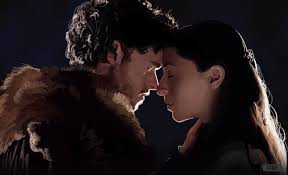 3) Robb Stark in Game of Thrones: Robb's just having a nice conversation with an attractive field medic. Robb's trying to keep it real, he knows he has to marry a Frey girl, but he doesn't want to. So he bangs said field medic and marries her, directly resulting in the downfall of his army and his (and many other important people's) eventual deaths. Robb thinking with his dick is a perfect example of when keeping it real goes wrong.

4) Damian Cockburn in Tropic Thunder: Damian can't control his cast on his big budget film, Tropic Thunder. He decides to throw them out in the forest, and shoot it "guerrilla style" with hidden cameras planted everywhere. In an attempt to keep it real, Damian gives one last speech to his crew...then promptly steps on an actual land mine. Bonus points could also go to Kirk Lazarus who tries to "keep it real" by staying in character the whole time, and offending his black co-star. These are both perfect examples of when keeping it real goes wrong.

5) The Driver in Drive: The Driver shares a sweet kiss with Irene in an elevator. He senses immediate danger and tries to keep it real for her sake. Instead of disarming the man, and simply knocking him out, The Driver proceeds to violently stomp this guy's head in while poor Irene just stands there and watches. Want to date this guy? This is perfect example of when keeping it real goes wrong.
Lists