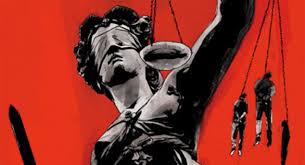 West of Memphis could've been a hard sell. The story of the West Memphis 3, three teenagers who were tried for the murders of three eight year old boys, and spend 18 years in prison before they were released under a total bullshit Alford plea. This trial was followed exclusively by the makers of another documentary series; Paradise Lost. Having seen all three of those films, I was worried West of Memphis might feel a little redundant.
It didn't. It starts from the beginning, making sure that even if you didn't see Paradise Lost, you'd have an idea of what is going on, but this documentary focuses more on the new evidence that they have found. Evidence that can't put Jason Baldwin, Jessie Misskelly, and Damien Echols at the scene, but that can put one of the victim's (Stevie Hobbs) step fathers at the scene: Terry Hobbs. The film doesn't subtly accuse him, they directly point the finger at him.
This film is hard to watch, they show a lot of the crime scene photos, and seeing those poor boys in that situation is devastating. I can't even imagine the horror these parents went through, even after seeing four documentaries on it. It's sad to know that the state of Arkansas probably won't open the investigation to these boys' deaths. They are ultimately the dark cloud in all of this. No matter if you are a supporter or not. If you are, they held three men in prison for a crime they didn't commit. If you're not, they let three child murderers walk free. Either way, it is a giant let down.
If I had to be critical, I'd say that I would've preferred more insight from Jason Baldwin. I was a little worried that this film might throw him under the bus towards the end, much like Damien Echols did in his book; "Life After Death." But they really didn't. The film, like most things on the WM3 is a little too focused on Echols, and I would just rather hear what Jason has to say at this point.
What are your opinions on this case? I'd love to hear them.
Recommended: Yes
Grade: A-
Memorable Quote: "This deal sucks." - Holly﻿