10 Times Movies/TV Have Made Me Cry

Before I became a mother, I rarely cried in movies. Now I can pretty much cry at the drop of a hat if it has anything to do with children. It sucks. With the exception of number 4, I watched all of these before I became an emotional basket case.


10 Times Movies/TV Have Made Me Cry: 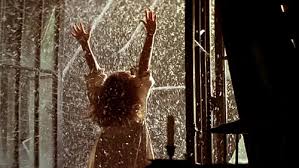 1) Sarah finds her dad at the end of A Little Princess.
I think it's a combination of the cheesy music playing, the pouring rain, and the fact that I would've totally lost my shit had I been in 10 year old Sarah's place. 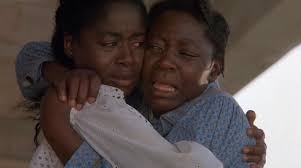 When poor Nettie and Ceilie get torn apart by Mister, and Nettie screams back at him, THAT is power. I know I've talked about this scene on my blog before, but it really just gets me every time. 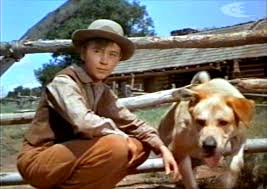 3)All of Old Yeller
Seriously, fuck this movie. It's basically like "It really sucks to be this dog! His stupid owners can't look after their damn children so shit like bears, boars, and wolves show up and YOU are expected to protect them before YOU are their loyal dog." Oh by the way, they're going to shoot you afterwards. 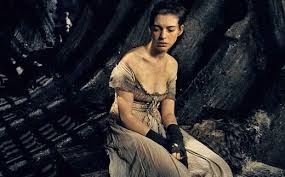 4)Fantine dreamed a dream in Les Miserables
I was actually glad when Fantine finally died so I could stop crying every time she sang. You just can't help but feel bad for Fantine. Everything just fell apart. 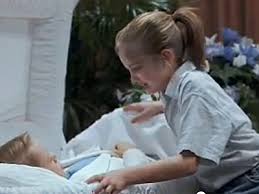 ﻿
5)Thomas Jay's funeral in My Girl
When Vada says he can't see without his glasses, I just lose it. I loved watching this movie as a kid. Vada and Thomas Jay were easily kids I could've known at that time, and being that young and dealing with death is hard. 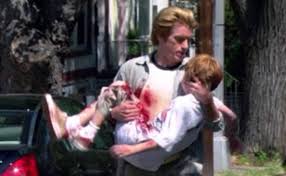 6) Tommy Gavin's son gets hit by a drunk driver on Rescue Me
Strangely enough, I haven't actually cried watching TV shows. I've had just about every other reaction except tears, this being the only exception. I was way in to Rescue Me, and the look on Denis Leary's face when the doctors tell him his son is gone is absolutely heart breaking.

7) "Your baby loves you. I love you!"
This scene was in the trailer for Precious, but I was not expecting to be so moved by it during the film. This is a perfect example of how seeing something out of context will give you a different reaction. 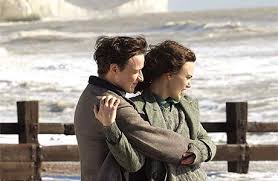 8) The end of Atonement
When I really found out what happened to Robbie and Cecilia, I just sat in my seat during the credits and cried. I was not expecting that. Devastating. 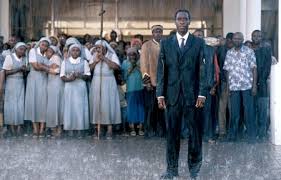 ﻿
9) The UN forcing peacekeepers to leave in Hotel Rwanda.
Oh God, where do I even start with this scene? The rain? The nuns being torn away from the children? This entire movie was heart breaking and Don Cheadle was SO GOOD in it. Come to think of it, I think I cried during this entire movie.

10) When the kids are laughing at Robin Williams in Jack.
I actually can't stand this movie.  I was nine when it came out and I hated my mother for making me sit through it in theaters. It was just too much for me. I cried because I didn't like the fact that the kids were laughing at Jack when his desk broke because he was too big. I wouldn't have laughed at him. They were just so mean!
10 Series Lists