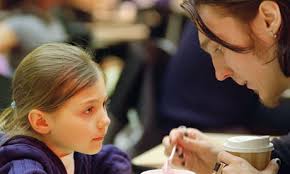 ﻿Joby Taylor (Paul Dano) is a struggling musician that is in the middle of a divorce. He drives to his old town to finalize everything, only to find out his soon to be ex wife wants him to sign away his rights to their young daughter, Ellen. (Shaylena Mandigo)

We've never seen Paul Dano in a role quite like this. He's all tattoos and black fingernail polish. Angsty and withdrawn. A perfect example of this is when he goes out for a drink with his timid young lawyer Fred Butler. (Jon Heder, finally not playing a version of Napoleon Dynamite) After a fight with a band member on the phone, and several drinks later, Joby turns on the jukebox and silently rocks out to the music by himself. The look on Butler's face says it all. This is a man who's probably never made a serious adult decision in his life, and now he's facing losing the daughter that he never had time for before. His reality check is all the more serious when he finally meets Ellen for an outing. (We get the impression he hasn't been around since she was an infant)

Dano is great here, and the scenes with him and Mandigo are touching yet heartbreaking. Joby Taylor is not a responsible parent, and now it's too late for him to even try. It's all very tragic. I was surprised by Jon Heder, I'm not used to seeing him in dramatic features, but he plays his part well. Jena Malone even shows up for a little bit, although its all too brief in my opinion.

Memorable Quote: "It's funny how things turn out. Claire didn't even want Ellen at first. I did." - Joby Taylor (Paul Dano)
Indie Gems